The Amazing Dogs that Can Detect Breast Cancer

In France, they have launched a project whereby dogs are trained to detect breast cancer using only their sense of smell. 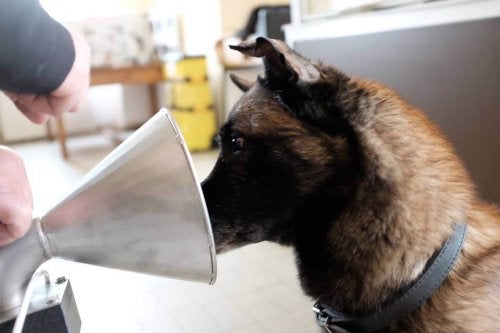 A dog’s sense of smell: how can it help mankind?

Dogs’ incredible sense of smell means that, with the right training, they can detect a whole range of different chemicals, including those related to our health.

Over the years, there have been many stories of dogs that have been able to detect different types of cancer.

As a result, The Curie Institute in Paris decided to conduct a very special breast cancer research project. This project is based on the premise that our canine friends have the ability to perceive the smell of cancerous cells.

In France, they’ve launched a project whereby dogs are trained to use their sense of smell to detect breast cancer. It’s a simple, non-invasive, painless and low-cost method.

A simple and low-cost way to detect breast cancer

Once they obtained the necessary funds to carry out Project KDog, a multidisciplinary team of doctors, pathologists, chemists, and expert dog trainers got together to take advantage of dogs’ sense of smell, and place their olfactory sensitivity at the service of medical progress.

The aim is to train dogs to detect cancer as early as possible. This innovative method is:

The idea is that this technique will eventually be used to detect all types of cancer, and that it will be adapted and reproduced in developing countries around the world.

Initially, doctors and pathologists were responsible for taking samples of tumor cells.

Later, the samples were taken directly from compresses which were laid on patients’ skin. In this way, they aim to develop a painless and non-invasive transcutaneous method for the early detection of cancer.

To do this, the project’s dogs – Thor, Nykios and Milou – received intensive training to teach them to identify the smell of cancer cells.

Thor and Nykios are both Belgian Shepherds, while Milou is an English Springer Spaniel. They were all carefully trained by expert Jacky Experton.

Thor, Nykios and Milou – how were they trained?

The dogs receive daily training. For example, researchers might give them a set of towels. One of the towels belongs to a woman suffering from breast cancer, while the other belongs to a healthy participant. The dogs need to identify which towel smells of cancer cells. If they succeed, they receive a reward.

This method works because the dogs are trained in such a way that they believe it is all just a game. Obviously, the most exciting part of this game is the prize at the end….

You can find pictures of the dogs here.

A huge success, thanks to their amazing sense of smell

According to Isabelle Fromantin, a doctor who specializes in the scars left by cancerous tumors, they first had the idea when they discovered that these wounds often have a particular smell.

“During experiments, we realized that some volatile organic compounds didn’t smell bad because of infections or because of the patient’s metabolism, but that they actually come from the tumor itself,” she explained.

This is a really exciting project for all involved. A similar experiment in the U.S., aimed at detecting prostate cancer, had a success rate of over 90%.

The patients who participated in the study each received a kit to take home with them, containing:

The women had to lay these towels across their chests, and leave them there all night.

The participants traveled to Paris from as far away as Haute-Vienne, 240 miles from the capital. The work of Thor and Nykios remind us just how much our faithful four-legged friends do for us humans. 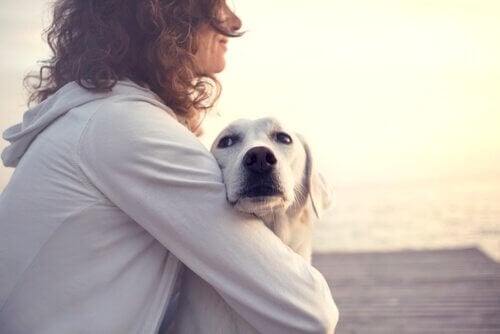 Did You Know that Dogs Can Detect Diabetes?
We've written several articles in regard to how animals are capable of detecting various forms of cancer. Let's find out how dogs can also detect diabetes. Read more »
Interesting Articles