The Dog that Waited for his Owner Outside a Hospital

There's a touching story that's just come out of Spain about a dog waiting outside a hospital for his sick owner. It's hard not to be moved, and it sounds like the local community truly rallied around him. 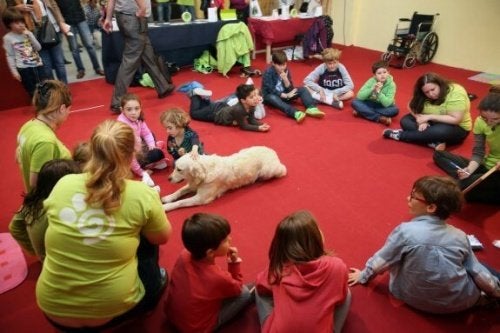 His name is Champi and he just wanted to spend time with his sick friend. But, he’s a dog. When he realized that paramedics were taking his owner, an 89-year-old man, to the Reina Sofía Hospital in Murcia (Spain), he decided to go along with him. Of course, they didn’t let him inside the hospital because he was a dog, so he waited outside.

Waiting outside the hospital for his owner

They thought he’d leave when they didn’t let him in, but he actually stayed and stood guard over the door. He spent two days and nights waiting for his owner outside the hospital, to the amazement of passersby and hospital employees. He would have stayed there too, if they hadn’t notified the man’s children to come pick him up.

His name, Champi, is short for Champion, and he’s a mutt and German shepherd mix. This actually wasn’t even the first time he had waited outside the hospital for his owner. A few months ago, his owner was in for a kidney stone, and Champi waited for him. But now he has done it again.

He has also stolen the hearts of everyone in the city. Now people stop by to give him food, water, and affection while he’s standing guard over the door. They first adopted him twelve years ago as a therapy dog for the owner’s wife, who had a terminal illness. It sounds like he has always had these caring instincts.

The local pound may not want Champi to sit outside the hospital door, but ever since he became famous, lots of people have come by to meet him and give him food and affection. Besides, he’s not a stray. Sergio, the owner’s son, comes down all the time to see how he is and make sure he has everything he needs.

There were so many people at the hospital taking pictures with Champi that the pound came and told them he couldn’t stay there any longer. Otherwise, they’d have to remove him by force.

Many people were angry that they were going to remove Champi, but Sergio had to bring him back to their home. Friends of the family have said that Champi “wasn’t used to being alone, and he would go everywhere with them” (his owners). They also say that the poor dog won’t stop barking because he wants to be outside the hospital.

Social media and blogs have blown up with comments on Champi’s story, especially since the authorities made him leave.

“What awful people, the street is an open area and he’s not a stray. They should have made an exception and let him into his owner’s room while he got better,” said Vanesa Marín.

Paqui Sánchez said: “There are so many strays out there that they don’t take in…but for some reason the fact that this dog is waiting outside the hospital for his owner annoys them. What a load of crap. They should put their energy into helping strays and leave poor Champi alone so he can wait for his owner.”

“It bothers them that this dog is doing what he’s doing, but it doesn’t bother them that there are dirty, nasty-smelling, hungry dogs all over the streets. It’s shameful,” said Mari Trini Rocamora on Facebook.

Amparo Hernández said that “if I were in the hospital like Champi’s owner and they let my two little dogs come up to see me, I think I’d get better just from seeing how much they need me. Please, let the poor guy see his owner, it will be good for both of them!”

“They don’t like to see the way animals love their owners to the very end, and that they can spend years waiting for them, which is something we humans are incapable of…that’s why it bothers them. Seeing him there forces them to think, and they hate that they’ve never felt that way about anything,” said Noelia Ortiz.

Lorena Jiménez had this to say: “They force someone to shut a dog up at home because he waits for his owner outside the hospital (and he might even help his owner recover, for all they know). Meanwhile, there are still people abusing, hitting, and abandoning pets and they don’t do anything about it…Who are the real animals here?”

Unfortunately, Champi won’t be able to reunite with his beloved owner, because he has died. There’s no happy ending to the story of the dog that waited for his owner outside the hospital, but Champi will be able to stay with Sergio’s family and live his last days in peace and harmony.