Is Spirulina Extract Good for Dogs?

For best results, this superfood needs to be taken as part of a healthy lifestyle.

In recent years, the market for dietary supplements has grown enormously. Varied, easily accessible, and appealing to a wide range of consumers, it’s a market that has found global success. One of the best-established supplements has now expanded its consumer market, and today, you can now buy spirulina extract for dogs.

Spirulina extract is a food supplement obtained from microscopic algae, belonging to the genus Arthrospira. More specifically, the species most commonly used by nutraceuticals are Arthrospira maxima and Arthrospira platensis.

While people have used spirulina as a source of food since before the time of the Aztecs, over the last few decades, it has become one of the most popular multivitamins in the world. Due to its high nutritional value, the World Health Organization has recommended taking spirulina as part of a balanced diet.

Among the many supporters of spirulina, there are those who question whether the benefits apply to animals. However, there are currently a number of spirulina products on the market that are specially designed for dogs.

The benefits of spirulina extract for dogs

This supplement contains a series of unique phytonutrients like phycocyanin, polysaccharides and sulpholipids. It’s rich in carotenoid antioxidants, and gets its characteristic green color from its high chlorophyll content, which is essential for detoxifying the body. Plus, it’s one of the most easily absorbable sources of vegetable protein. In fact, studies have shown that the body can assimilate up to 60% of the protein in spirulina.

All this, together with in vitro studies, animal research, and consumer testimonials has led experts to conclude that spirulina has the following benefits:

Like any dietary supplement, it’s important to administer spirulina extract in the appropriate dosages. Moreover, its effects will only be apparent when coupled with a balanced diet and sufficient levels of physical activity.

There are several different brands of spirulina on the market, and it comes in a range of different formats. When deciding on a product, it’s important to make sure that the packaging shows all the necessary accreditation, and a place of origin. It’s also best to choose products designed for dogs, as the dosage will be specially tailored to them.

However, you could also use powdered spirulina, after prior consultation with your vet. That way, you’ll gradually begin to see the benefits of this supplement in your pet, and avoid any potential allergic reactions. We would recommend mixing the recommended dosage of spirulina with your dog’s usual food, in order to mask its characteristically bitter taste.

Generally speaking, dietary supplements for dogs are a healthy way to support their immune systems. However, it’s best to limit their use to certain situations, and certain times of the year. After all, a balanced diet should contain all the necessary nutrients to guarantee your pet’s well-being. 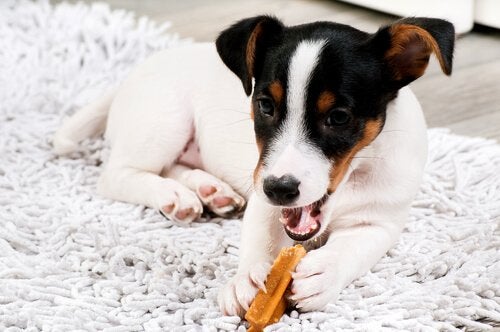 What’s the Best Supplement for Your Dog?
Many veterinarians prescribe vitamins in order to improve the quality of life of an animal. Find out what's the perfect supplement for your dog. Read more »
Interesting Articles 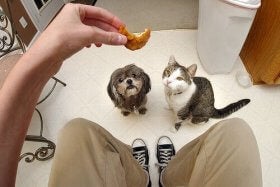 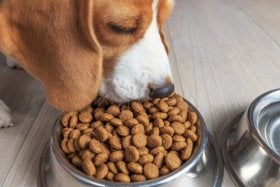 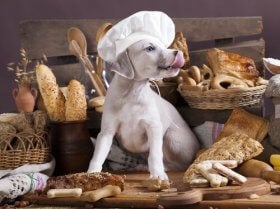