Health problems or lack of socialization are some of the reasons why dogs attack. 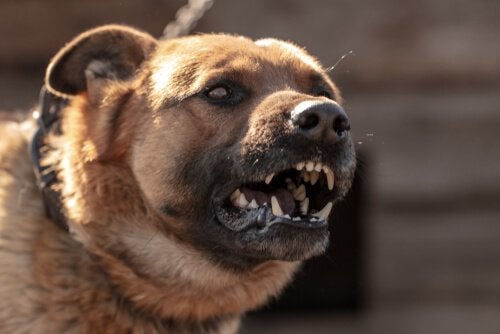 Animals try to defend themselves for several reasons. In this article, we’ll tell you some of the main reasons why dogs attack.

Some people believe — there’s even legislation to support this theory — that there are dangerous dogs that have to wear a muzzle when they’re in public spaces, or shouldn’t be adopted by people who have kids. However, the truth is that, in addition to a breed’s genetics, aggression depends on several factors, such as training or the trauma an animal has gone through.

Whether it being a stranger, their own owner, or other animals, there are several reasons why dogs attack. It doesn’t necessarily have to do with being large, which is the case with pit bulls, bulldogs, and rottweilers. Small breeds can bite too, although the consequences will be minor. These are the main causes of attacks:

When animals feel pain or have a disease, they’re likely to become somewhat aggressive. They don’t do it on purpose because it’s the way they protect themselves. Also, when they aren’t healthy, they may only be focusing on their symptoms and may not understand that the person approaching them is trying to help.

Socializing a dog is very important for their emotional development. Therefore, pets that have no contact with other animals may be less obedient or more likely to attack or bite.

Dominant dogs that are very territorial tend to be somewhat aggressive when they identify an intruder or someone who tries to walk through their “domain”.

This is one of the main reasons why dogs attack. Food is really important to them. They have inherited that reaction from their distant cousins, wolves. If they’re eating, they may growl, bark, or want to bite anyone who approaches them, because they believe the person wants to “steal” their food.

Some females may become aggressive when they’re pregnant, or after giving birth. Their maternal instinct, causes them to protect their puppies. This occurs in the vast majority of animals, mainly mammals.

Stray dogs, for example, try to attack those who approach them, not because they are bad or violent, but because it’s their way of protecting themselves from danger. Remember that they have had to fend for themselves and fight for their food and shelter.

In addition, they are likely to be victims of violence, and don’t trust people. Traumatic situations cause animals to act that way.

Your dog might become aggressive when it rains and thunders, when they hear fireworks, traveling in the car, while they’re at the vet or any other stressful situation.

Preventing and training a dog not to attack

Beyond understanding the reasons why dogs attack, it’s important to prevent these situations and even prevent habits that might incite the animal to try to protect themselves. Here are some recommendations:

Pay close attention to the signs that dogs give before attacking. Also, if it’s your pet, do your best to socialize and teach tem to respect your order. Remember that you are the “leader of the pack”, and they must follow your orders. 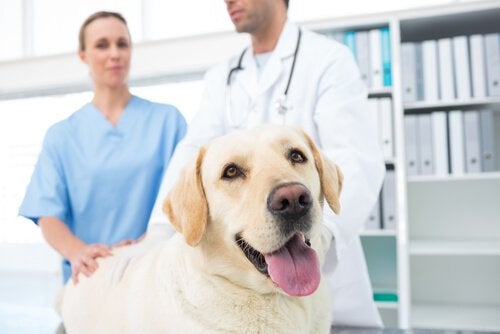 Not all dogs are the same and, unfortunately, some of them have problems with their aggression, nervousness or both. A lot of people think that neutering can help with aggression, but is that really the case? It’s true that neutering… 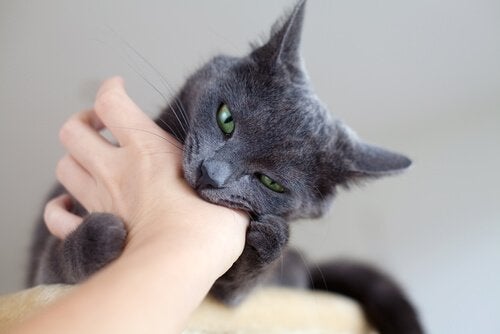 Cats have a tendency to bite their owners, other cats, pets or people around them. The truth is that at certain times it might be amusing, but when this becomes a habit it can become annoying. If your cat bites… 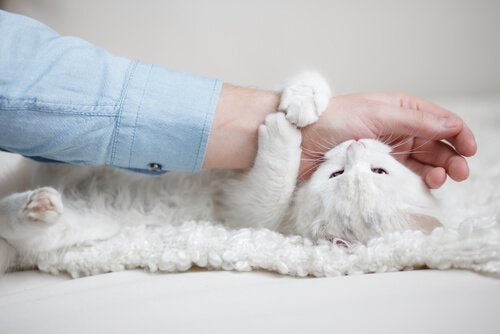 Controling Aggressiveness
Why Do Our Cats Bite Us Whenever We Try To Touch Them?

There are many words we could use to describe cats. “Unpredictable” usually fits! We at My Animals will try to explain to you why our cats bite sometimes when we want to pet them. Cats are born hunters There are several…