How to Interpret your Dog's Bark 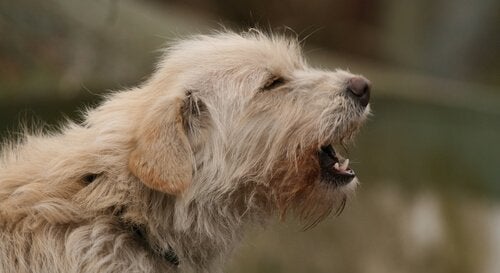 The canine species has great intelligence and ingenuity. Dogs always manage to express their feelings and desires. It’s our task to interpret a dog’s bark correctly.

Dogs communicate with people through different sounds. Howls, growls and different kinds of barks are usually the most common ones. Canines try to express their emotions and feelings using these sounds. To know how to interpret your dog’s bark, you have to take several factors into account.

Not all barking means the same thing. In addition, howls and growls also have different interpretations. You’ll need to analyze well the characteristics of the sounds your dog makes in order to understand what they mean.

How to interpret barking, howling, and growling

Dogs emit several types of barks. To interpret your dog’s bark, you have identify the sound’s characteristics :

In addition to barking, dogs howl to communicate. There are different types of howling.

Usually when a dog howls, it means he’s in pain. It can be pain within him or caused by someone else.

In addition to barking and howling, growls also have different meanings.

It’s not difficult to interpret a dog’s bark.The same goes for howling and growling. Usually the sound an animal makes matches the expression on his face. It’s another sign to help you guess what the animal is trying to express.

If a dog makes a strange or unknown sound for more than 24 hours, you should take him to a specialist. He may have a health condition.

Dogs are very intelligent animals. They will always find an ideal way to make their feelings and desires known.