Can a Dog Relieve Himself in a Litter Box?

Yes, this is possible as long as specific litter is used, the box is located in the right place, and you use a command to train your dog. 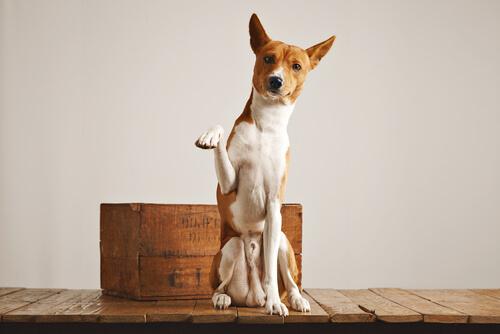 Although many dog owners really love their pets, when they realize just how annoying it is to have to take them outside several times a day, they end up wondering if their dogs can relieve themselves in a litter box just like cats do. Would you like to know if this is possible?

Is it possible for dogs to relieve themselves in a litter box?

Yes, it is. Dogs are even easier to train than cats. They are able to learn almost anything you want to teach them. Thus, training your dog to relieve himself in a litter box can be the next thing to train them. So, how do you do it?

The first step is to buy a big enough box for your dog that’s made of a resistant material. Keep in mind that it shouldn’t be too high because dogs have the habit of scratching the ground after relieving themselves.

If you choose a litter box that’s too deep and you put too much litter in it, your dog will definitely make a mess. On the other hand, if it’s just the right height, your pet will have more freedom to move around and won’t get hurt when they put their legs back.

Putting baking soda on the bottom of the box every time you fill it up is a great way to prevent any foul smells from appearing. You’ll definitely notice the difference!

Put it in the right place

The dog litter box should be located in a place where your pet spends a lot of time but isn’t in visible area. Believe it or not, dogs are modest and don’t like people looking at them while they’re relieving themselves.

Also, it obviously goes without saying that you shouldn’t place it next to their food and water because they’ll never use it. They distinguish one thing from the other really well.

Give them a command

In order for your pet to use the litter box, you have to give them a command. Put them inside and choose a short command that tells them what you want them to do, such as “litter box” or “use the box”.

It’s normal for your dog not to understand what the litter box is intended for at first, so they’ll probably continue to relieve themselves outside. If this happens, don’t punish your dog. Instead, be patient and always talk to them nicely.

If your dog pees outside the box, then clean the mess with a newspaper and then it inside the box. The smell will attract your pet the next time they needs to go to the bathroom and they’ll probably use the box for it.

This way, they’ll learn that the box has that purpose. Dogs have good associative memory. Thus, your pet will be able to remember what the box is for and will use it when they need it.

Now you see that’s it’s possible for a dog to relieve themselves in a box. The best part of all is that you’ll only need a simple command to train them to do so. Just be patient and, above all, train them with love and always use positive reinforcement.

Link copied!
Interesting Articles
Training
Keep an Eye on Your Dog in the Park