The Dog that Saves Lives by Detecting Poisons in Parks

If you've ever wondered what dogs can do to be useful, you should learn about Albatrox, a dog that saves lives by detecting poisons. 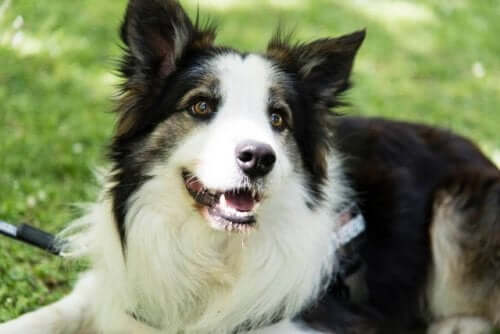 Dogs that walk around parks and other public areas in Zaragoza, Spain, are now much safer. After dealing with the deaths of some animals and complaints about poisoned food, the city now has a new animal protector: Albatrox. This beautiful dog saves the lives of other dogs by detecting poisons left in food.

Until a few years ago, this noble Border Collie wandered through the streets. However, he was lucky enough to be picked up by the staff of the Municipal Office of Animal Protection of the Zaragoza City Council.

While there, Albatrox caught the attention of Alfonso Martinez. Martinez saw the potential in this dog, and he thought he could train him to be able to detect different toxins.

After several cases of poisonous traps for dogs found in public places, the members of this organization searched without success for a dog who could help them sniff them out.

But this all changed when Albatrox arrived. Martinez points out that the reasons why the animal was abandoned are probably the same ones that allow him to be so efficient in detecting poisons: its restlessness and nervousness.

Meet Albatrox, a dog that saves the lives of other dogs by detecting poisons in Zaragoza’s parks.

Albatrox was most likely abandoned because of his owner’s lack of patience and irresponsibility and the fact that he is a very active dog. This dog, who now saves the lives of other dogs, was rescued in 2014 when he was about 3 years old. His ability to detect poisons changed his destiny and also that of other dogs.

The Border Collie responded positively to training. He was able to find toxins that people hide in dog food. This toxic food is deposited in parks and other places with the clear intention of killing dogs.

For about six months Martinez worked with Albatrox to turn the serious job of tracking these substances into a fun game for the dog.

He trained the dog so that he lays down when he detects a poison but doesn’t touch the toxin. When Albatrox does this correctly, Martinez rewards him with a ball to play with.

The difficult task of detecting poisons becomes a fun game

Albatrox knows when he’s about to go out to detect poisons because his trainer puts on a special harness. When this happens, he gets very excited because, for him, this is part of a fun game.

Martinez and Albatrox make daily tours of two or three areas in the city chosen at random. If these areas are poison-free, the trainer hides a false bait so that Albatrox can find it. The idea here is to prevent him from getting frustrated.

In any case, his trainer knows that this isn’t an easy task. In Zaragoza, there are more than 200 green areas to track poisons. Their job is easier when they receive specific reports of suspicious objects.

Looking for a partner for Albatrox

There’s also another danger for dogs besides poison. There are, unbelievably, people who leave food for animals and hide sharp metal elements inside. These, when eaten, cause fatal wounds to the dogs that ingest them.

In these cases, Albatrox can’t help, as he’s only trained to detect chemical substances. That’s why the Animal Protection Office is looking for dogs with the right characteristics to perform the task.

What will most likely happen is that this dog will have a playmate to accompany him in the task of saving the lives of other dogs that innocently approach a piece of food hiding a lethal trap.

A dog with the recognition he deserves

The truth is that Albatrox went from being a stray dog to a local hero in very little time. And, it wasn’t long before people started to take notice.

The Illustrious College of Veterinarians of the Province of Zaragoza, for example, gave him an award that he shares with his trainer. It was in recognition of the commitment of working together with institutions and animals.

He also received the Zarapeluda prize for work against animal abuse. This was part of an event that animal lovers organize annually to promote the responsible adoption of pets. In this case, the organization gave Albatrox an award for being “the guardian angel of our parks”.

Medical Response Dogs Who Save Lives
Pets have can improve our lives and make us happier. But some dogs even save lives. We want to share a story about medical response dogs who go to school... Read more »
Link copied!
Interesting Articles
Training
How to Read Your Dog's Body Language