10 Things You Shouldn't Do if You Respect Dogs

Many times due to lack of knowledge, and even having the best of intentions, we can treat our pet badly. 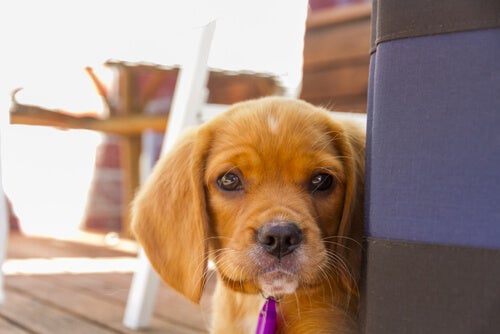 f you want to offer pets everything they need and be the best owner in the world, we recommend that you read the following article where we tell you which things you should not do if you respect dogs.

What to avoid if you respect dogs

No one can deny that there is a very special relationship between dogs and their owners. It starts with the first contact. And, it ends with their last breath. Canines become our best friends. And, they offer us their unconditional love.

Sometimes people do not know how to return that love. Instead, they act with their own welfare in mind. And, these behaviors can harm the animal. Pay attention to these habits that can cause more problems than benefits for your furry friend. And, do not do them if you respect dogs.

1. Dressing him up as a person

The humanization of pets is more and more common. We find shops selling clothing (including shoes, hats and handkerchiefs) for dogs. Putting him in a sweater when it is cold is fine to a certain degree. But, a good owner does not dress him up. The animal feels uncomfortable and often like a “prisoner” in this clothing. And making a fool of him damages his emotional health.

Studies confirm that kissing your dog can give both of you diseases, since each species has “special” bacteria that are passed through this show of affection. If you want to show that you love him, look for another way.

3. Believing he has no feelings

Even if they do not speak the same language as you, it does not mean that they do not feel. Research has shown that dogs experience emotions just like humans do. This is how they can feel love, frustration, anger, shame, jealousy and much more. And as if it were not enough, dogs read their owners’ emotions based on facial expressions. They understand what is going on with you!

It is believed to be a way of educating him that will make him respect human authority. However, a blow, however slight, damages any relationship you are able to have with your pet and leads to unhealthy communication. Also, if you hit him, you will be inciting aggression and resentment.

5. Forcing him to socialize

It is true that pets change their temperament when they are in contact with other members of their species (or any other), but that happens when they are puppies. By the time they are a certain age, if they have not been socialized, it is very difficult for them to like the idea. If in the park you notice that he is nervous or scared to see dogs around him, do not force him to interact with them.

Although you do not want to leave him at home alone, and you believe that the animal will have a great time, the truth is that many places are not suitable for pets. And we do not refer to restaurants or hotels that do not allow them inside but to environments that will not be to your dog’s liking: the forest, the beach or the mountains, for example.

Dogs have a different digestive system from yours. You must know that very well. Therefore there are foods that they cannot process well and that, if consumed, could cause inflammation, poisoning and even death. Do not give them chocolate, fats, sauces or condiments. Respect their diet and offer them only dog ​​food (or food suitable for them).

8. Leaving him tied up

Chains not only cause injuries to his neck and deprive him of movement, but they can also make your dog sick if he spends a lot of time outdoors (without shelter from rain, wind, snow, sun or cold). In addition, chaining up an animal changes his temperament and character a lot, just like when he is hit.

9. Educating him with violence

Pets do not understand screams or blows, but rather affection and a lot of patience. Keep in mind that a dog has the intelligence of a small child and needs time to learn. Offer him trust and rewards, and you will see how he improves day by day.

If you go to the supermarket, to the bank or to any place where dogs are not allowed … it’s better leave him at home rather than locking him in the car. Even if it’s only for 5 minutes, the animal will experience lack of air, high temperatures and a lot of stress.

Put all this into practice if you really respect your dog.