What to Do about Dog Bites

In this interesting article, discover interesting facts about dog bites and what to do about them. 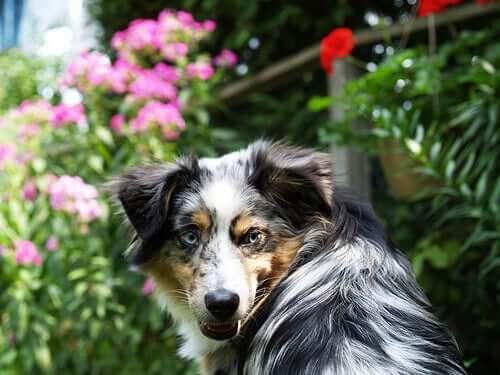 Dog bite statistics indicate two important and relevant data. The first is that almost two-thirds of dog bites occur with house pets. The second is that most of the victims are children.

Dogs are friendly and supportive animals. However, they attack at times, for one reason or another. This doesn’t mean that their temperament has changed though. In some circumstances, their instinct to bite prevails over their affection for their owners.

Dog bites are more dangerous if they’re from dogs you don’t know. In such cases, it’s difficult to determine the animal’s state of health, and you should be extremely careful.

How to prevent dog bites

You should take some basic measures into account before it’s too late. These are some of them:

Experts recommend dog owners to have a fixed place for their dog to eat. That place should be quite far removed. If there are people walking near your dog while it eats, this can make it nervous or aggressive.

If someone is attacked by a dog they don’t know, it’s best to stay calm. Then, try to walk away slowly. You should avoid staring at the dog, as they’ll interpret it as a threat.

Usually, dog bites are minor. In such cases, it’s possible to handle the situation at home. The first thing you should do is examine the wound to verify that it isn’t deep.

If the bleeding isn’t severe, you should allow the wound to bleed for a while. This will help remove some of the bacteria that may be on the skin. It’s certainly appropriate to apply pressure on the wound to help the bleeding stop.

The following step is to apply an antibiotic ointment and cover the wound with a sterile dressing. The bandage must completely cover the affected area. Although it shouldn’t be too loose, neither should you exert uncomfortable pressure on the wound.

You should wash the wound again with antibacterial soap. After this, you need to change the dressing. It isn’t advisable to use hydrogen peroxide because it usually dries the skin.

If you see that the wound is deep, it’s advisable to go and see a doctor immediately. This is especially urgent if the bleeding is severe.

It’s very important to check if the dog is vaccinated against rabies. If you don’t know the dog, track it for ten days. If it’s still alive after that time, this lessens the chance that it has rabies.

In cases where it’s impossible to verify the dog’s state of health, don’t hesitate to go to the emergency room immediately. Rabies is a serious disease that can lead to death if not treated promptly.

In all cases, if the wound shows signs of swelling and redness, you should consult a doctor as soon as possible. The same goes if bleeding doesn’t stop within 10 to 15 minutes.

Chances are that your doctor may prescribe antibiotics to avoid any complications. It’s important to follow your doctor’s instructions to the letter regarding dosage.

Has Your Dog Tried to Bite You? Find Out Why
A dog owner might never expect his/her pet to ever lose control and bite him/her. You most likely have seen dogs get angry at other dogs or even with humans. However, you would never imagine getting bit from your own dog. Has your dog tried to bite you? Don't worry, it doesn't have to be such a big deal. Read more »