Home » Animals » 5 Species That Are Led by Females

5 Species That Are Led by Females 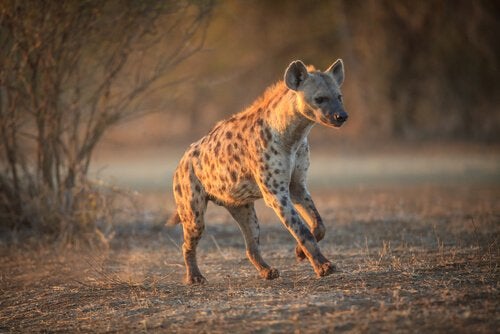 People have always normally believed that males rule the animal kingdom. However, there are many species with matriarchal societies, which consist of alpha females.

Bonobos are a great example of a species that are led by females. They’re very similar to chimpanzees and resolve most of their conflicts through sexual activity.

In difference from the law of survival of the fittest, which tends to apply to chimpanzees, bonobo leaders tend to be more peaceful. There are many theories about why such stable groups have come about, specially since females tend to be more aggressive and irritable than the males. The main theory is that they’re good at building alliances that bring down males.

There is recent study which suggests that females control the males through sex. They’ve even come to suggest that over thousands of years, female bonobos have selected the most aggressive males in order to win the evolutionary battle.

The family structure of orcas revolves around an alpha female. The matriarch is the leader and her children stay with her for decades. This forms a very stable family structure. Females also tend to live much longer than males. It’s believed that this is due to the huge dependency that the group has on females, who care for them for decades. They even care for their grandchildren and are one of the few animals who experience  menopause.

These terrestrial titans aren’t just an example of a species that are led by females, these animals are very special due to the way handle adversities.

The elephant‘s memory is legendary. This means that a senior elephant that has lived decades of surviving droughts and poachers, is the best choice for leader. These matriarchs know how to find water during the toughest summers and how to behave when people are around. It’s also been shown that they great at detecting predators. These animals even know the sex of roaring lions and how much of a threat they pose.

Just like orcas, elephants are very dependent on their leader. This means that poaching can often be much more dramatic than it looks. An entire group can fall apart after the death of the matriarch.

The elephant‘s memory is legendary. This means that a senior elephant that has lived decades of surviving droughts and poachers, is the best choice for leader.

Hyenas are another species that are ruled by females. Despite their bad reputation, these animals are also very intelligent and sociable animals. They have a well-established hierarchy which is perfectly respected.

This society is led by females because they are stronger and bigger, which is a good enough reason for males to be submissive. The males tend to hunt, but the females are always the first to eat.

In the hyena society, males practically act as sperm donors. Intercourse isn’t possible without the female’s cooperation, as opposed to many other species.

This society is led by females because they are stronger and bigger, which is a good enough reason for males to be submissive.

Lemurs are a very special type of primate and there are dozens of species that are led by females. The best example is the ringed-tail lemur.

In this species, the females are quite aggressive with males by taking their food away, biting them, or frequently beating them when they’re not happy with their behavior. It’s been discovered in many of these species that testosterone levels are much higher than in other female primates.