Home » Animals » All About the Calico Cat

All About the Calico Cat

Do you know about calico cats? 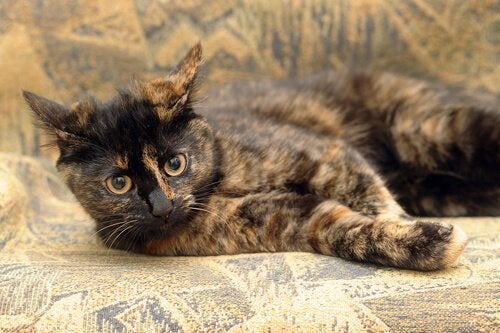 Have you ever heard of the calico cat? The name calico comes from the multi-colored shell of the sea turtles of the same name.

People tend to consider these cats unique because of their distinct markings. Owners of a calico cat can be sure that there isn’t a doppelganger of their pet. There is never a duplicate of this cat’s color pattern. Most of these cats are females and people feel that they bring good luck.

This isn’t a specific breed of feline. Instead, calico refers to a color pattern that is seen in crossbred cats as well as in certain breeds. Calicos are cats which are assorted colors that are commonly female:

The name is due to the distribution of colors in cats that is similar to the shells of calico sea turtles. These chelonians live in tropical zones and are in serious danger of extinction.

On the other hand, beyond general characteristics of all cats, the particular physical and personality traits of these cats depend on the breed they belong to. If they don’t belong to a certain breed, they are possibly mestizo or mixed breed.

Learn all the information about calico cats, the beautiful tri-colored felines. The distribution of colors on their coats is so fascinating.

Why are most calico cats female?

The answer is in the genes because they are linked to the colors of the calico. This is because the X chromosome is what determines colors, which are orange and black. As a result, the genetic information that produces black and orange is present in the X chromosome, from the female.

Therefore, in order to have the possibility of having the two colors together, a cat needs to have two X chromosomes, which the female possesses. On the other hand, since the male has the XY chromosomes, he can only have one of these two colors.

In order for a male cat to be a calico, he must have a genetic alteration, such as XXY chromosomes, for example. The cat is sterile in the majority of cases. In addition, although scarce, white is derived from the X gene.

The legend of the calico cat

There is a legend about the origin of these beautiful cats. It says that the sun wanted to spend some time on earth. To accomplish this, it asked the moon to help so that humans wouldn’t notice its absence from the sky.

Continuing the legend, while our satellite, the moon, eclipsed the sun, it morphed into a graceful black cat. This allowed it to mingle with us incognito. As it turned out, the moon got tired of this and returned to the sky. This resulted in the sun quickly returning to its rightful place.

It was at this time that the sun, upon rapidly abandoning the body of the cat, left some of its rays on the cat’s fur. This left numerous golden areas of fur. The sun then passed down this touch of gold to all of the cats’ offspring.

In olden times, people thought that calicos brought good luck. However, today, they tend to be abandoned or are the last cats to be adopted.

The explanation of this rejection appears to be that some humans seem to see the distribution of their colors as messy or chaotic. This is in spite of the fact that calicos are unique and very beautiful creatures.

Nevertheless, beyond their unusual coat, no one should doubt that these cats are truly extraordinary and wonderful. 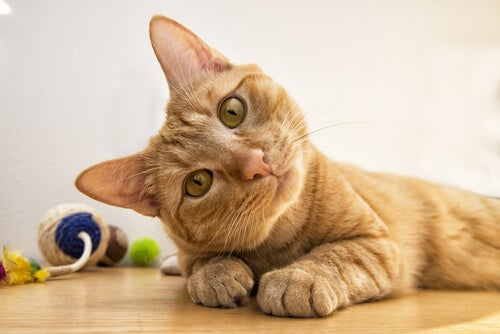