A cat's behavior can often be a mystery, but those 3am bursts of energy are one of the most baffling for pet owners. 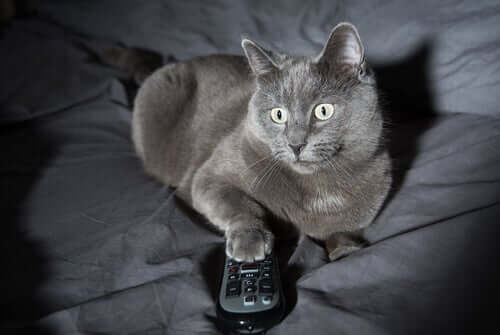 Cats are complex animals, with very different behavior to us humans. While their normal everyday behavior can sometimes be strange enough in itself, those sudden bursts of energy at 3 a.m. are just one of the peculiar things our cats get up to at night. Today, we’ll tell you all about the causes of unusual nighttime behavior in cats.

A history of feline behavior

The earliest records of the domestic cat date back to Ancient Egypt. It was then that humans discovered how useful cats could be for hunting pests such as birds, mice, rats and serpents, and quickly formed an alliance with their new feline friends.

In Ancient Greece and during the expansion of the Roman Empire, cats had no real place in human life. However, during the Middle Ages, their nocturnal behavior led many people to believe that cats – and especially black cats – were a symbol of evil.

They believed that cats were the incarnation of the devil, and the devoted servants of warlocks and witches. In many cases, women were accused of being witches simply because they owned a black cat.

As a result, human beings began a crusade against cats, almost driving them to extinction. The most noticeable consequence of this was the rapid increase in the number of rats and mice, which lead to the spread of diseases such as the Black Plague.

Over the following centuries they were gradually accepted as harmless domestic animals, and were admired for their hunting prowess and help in combating the plague. From the 17th Century onward, they began to feature as characters in fairy tales and fables, where they were portrayed as mysterious, intelligent and charming creatures.

Of all the characteristics that make cats so unique, their great napping ability is one of the most impressive. These little felines spend the best part of the day asleep, often dozing for hours at a time.

Cats devote around 50-65% of their time to sleep. This includes both the time spent asleep, and periods of drowsiness.

Like their African relatives, domestic cats are naturally nocturnal. While domestication has had a huge impact on their behavior, the majority of pet cats still prefer to be active at night and in the early morning.

There are a few different reasons why your cat might be keeping you up at night, including:

Cats have huge amounts of energy. Ensuring they expend all this energy is a good way to encourage them to sleep through the night, and let you do the same. To do this, we would recommend playing with your cat as much as possible during the day.

Choosing toys that your cat can use by itself is a really great option. In the majority of cases, pets find themselves left home alone for long periods of time. This, therefore, is a good way to keep them active throughout the day.

There are so many different toys you can buy or make for your cat. They are extremely curious animals, and love exploring and investigating new toys.

For example, a simple cardboard box is a really great source of entertainment for our feline friends. If you really want to go all out, you could even make your cats their own labyrinth from tubes and boxes. You can fill it with balls and toys for them to “hunt”.

As we’ve already mentioned, cats are really energetic. In the wild, they would normally spend the nighttime hours hunting, often traveling for miles to find prey. So, if your cat has barely moved throughout the day, it’s more likely to be up at night trying to burn that excess energy.

You may have already woken in the middle of the night to find your cat running around the house at top speed. For them, this is a great way to burn energy. They may also hide in strange places, jump on the bed, attack your ankles, climb the curtains, or nibble your ears and toes.

Just like people, a cat will try to tell you if it’s ill or in pain. This may be one of the reasons your cat is restless or noisy at night.

Another reason is that they simply might not be able to get to sleep, and may be suffering from a type of insomnia. If you think your pet might be suffering from insomnia or another illness, it’s best to take them to the vet for a check-up.

The last thing you want late at night is your cat to start yowling and running around the house. Sometimes, they do it because they are bored or hungry. Other times, they’re simply looking for attention.

One way to combat this is to establish a set exercise routine. As we’ve already mentioned, toys and other forms of entertainment are a great way to help them burn energy throughout the day. If you’re out of the house all day, why not place a bed or shelf next to the window? That way, your cat will be able to watch what’s going on outside, and will sleep less.

Another option is to create set mealtimes to avoid them getting hungry at night. For example, if dinner is always at 10pm, your cat will eventually stop asking for food after this time. This is a good way to help them adapt their behavior to your lifestyle.

Their innate curiosity and energy are something that all cat owners love. However, having a similar routine allows you to develop a better relationship with your pet.

Learn About 6 Strange Cat Behaviors And Why They Do It
Cats have always seemed like mysterious beings to us. Let's take a look at strange cat behavior and explain why your cat might be behaving oddly.  Read more »
Link copied!
Interesting Articles
Cats
The Donskoy Cat: Bald, Affectionate, and Intelligent