Death is a process that we all fear... No one's prepared for the permanent loss of a loved one. But what about animals? Are dogs able to understand death? How do they express their pain? 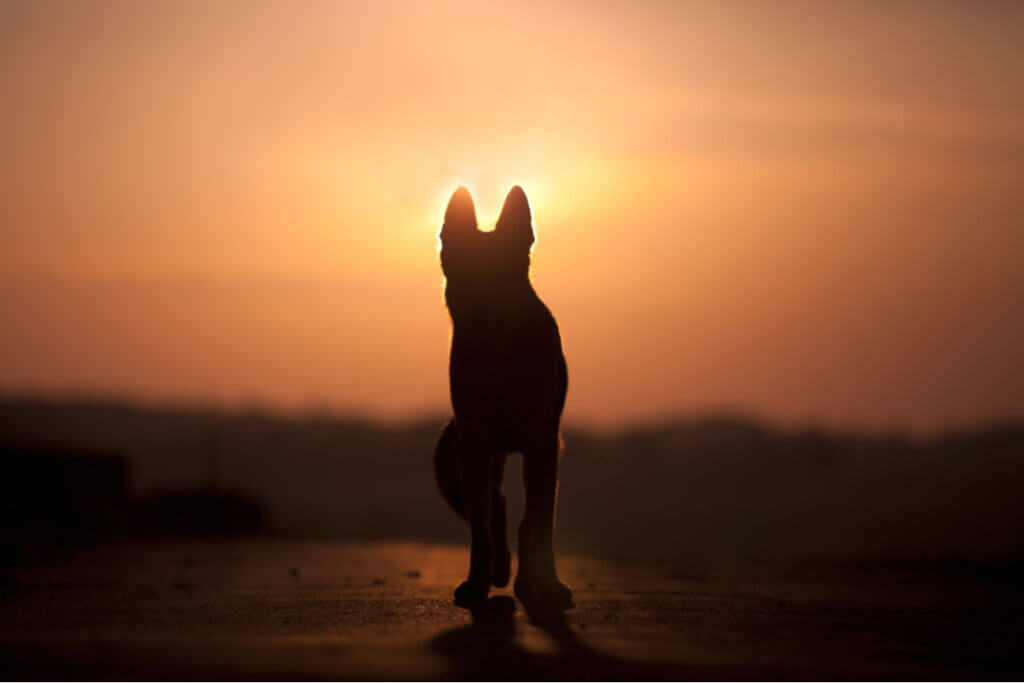 Death is a difficult, but inevitable, issue, as it’s something that every living being on the planet has in common. And it’s something that we must all eventually face. However, human beings seem to be unique in that we’re the only living beings that are aware that our lives are going to end. So far, there’s no proof to demonstrate that animals have this same awareness. So what happens when pets must face this reality? Do dogs understand death? Do they have feelings?

Existentialism and other philosophical matters are reserved exclusively for the human mind. But that doesn’t mean that the reality of death doesn’t affect other animals. With that in mind, we want to take a closer look at how dogs react to the death of a loved one. If you want to discover more about this interesting subject, we invite you to read the article below.

About the end of life

According to one definition, death is “a permanent cessation of all vital functions: the end of life.” From a more biological point of view, we can say that dying is a terminal effect that results from the extinction of the homeostatic process (the capacity to maintain internal balance) in living beings.

Unfortunately, death goes behind a simple cellular imbalance. The loss of a loved one, for those they leave behind, is a void, pain, a surreal feeling… And often an inability to accept that someone that used to be part of our lives is no longer around.

As unpleasant as it may seem, we have to come to terms with the fact that humans aren’t prepared to fully understand death. But what about dogs? Can dogs understand death? Do they miss loved ones when they disappear? Today we’ll reveal what scientific evidence has to say.

It’s impossible to obtain an exact answer from science regarding this question. Demonstrating empirically that dogs understand death is quite complex. However, researchers have discovered, based on scientific studies, that dogs mourn the loss of loved ones.

The American Society for the Prevention of Cruelty to Animals (ASPCA) carried out a study regarding this subject. In their research, they monitored the emotional states of dogs that had experienced the loss of a canine companion. They observed the following:

This study demonstrated that 66 % of participating dogs displayed four or more behavioral changes after the death of their companion. Therefore, although we can’t be sure if dogs understand death or not, it’s clear that loss causes them to suffer.

What happens to dogs when their owners die?

Other sources point out that, besides suffering the loss of a canine companion, dogs also suffer when they lose their owners. In fact, experts estimate that approximately two out of three dogs suffer from anxiety when their owners disappear. Among the most common symptoms we find the following:

As you can see, the above symptoms are similar to those that dogs experience when they lose a canine companion. Some dogs are able to overcome these traumatic episodes and develop new bonds with others. However, others may require professional attention in order to overcome their depression.

As we’ve seen, while there’s no evidence to prove that dogs understand death, it’s clear that they feel the results. Therefore, if your dog suffers the loss of a companion, be it another pet or a family member, they’re bound to suffer. Therefore, it’s important to provide your dog with more love, affection, attention, and stimulation than ever.

Death, in general, is a painful subject for anyone. While it’s a natural process, it’s also an inconceivable one. What we need to understand most is that the pain will gradually fade. And what won’t ever fade away is the memory of those we love.

6 Tips to Help You Deal with Your Pet’s Death
Dealing with your pet's death is not an easy task. You have to do it to be able to move on, and maybe even adopt a new pet in the future. Read more »
Link copied!
Interesting Articles
Dogs
Find Out Why Dogs Bury Their Food