Is It True That Dogs Can Smell Fear?

Thanks to their sensory abilities, many animals have been the subjects of many myths. Popular belief has long been that dogs can smell fear. But, is there any truth to this claim? 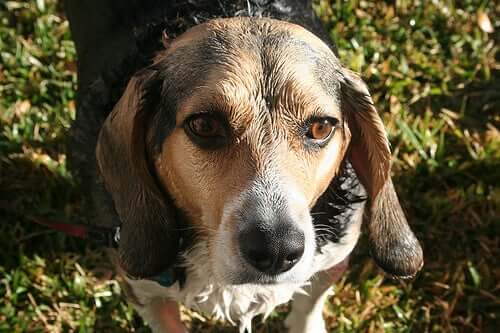 Thanks to their sensory abilities, many animals have been the subjects of different myths. Popular belief has long been that dogs can smell fear. But is there any truth to this claim?

In the past, people believed that there was only one type of intelligence and that only humans could attain it. Fortunately, the development of veterinary science demonstrates that animal instinct can represent another class of intelligence.

Through the observation of animal behavior, we can discover the truth behind many human prejudices. What’s more, modern science can show us whether or not it’s really true that dogs can smell fear.

Does fear have a scent? How can dogs perceive it?

It’s a scientifically proven fact that dogs have a much more sensitive and refined sense of smell than humans. Their olfactory abilities are even stronger than many other animals. That’s why it’s so common for canines to participate in missions like the detection of drugs, weapons, bombs and even illness. But does that mean that dogs can smell fear, too?

To offer you a response, scientists have conducted experiments to better examine dogs’ sense of smell.

Popular belief affirms that dogs and some other animals are able to tell when humans are afraid through their sense of smell. For example, this is why horses won’t allow certain individuals to mount them. In the same way, dogs may possess a similar defense mechanism when it comes to human beings.

Does fear have a smell?

If dogs can smell fear, this it must mean that the feeling of fear produces a distinct, recognizable smell. This is the only logical explanation behind the belief. But if fear has a smell, where does it come from?

The most acceptable explanation today is based on the olfactory ability to recognize the somatic indicators of fear. The feeling of fear is basically an organism’s defense mechanism. Fear allows us to be on alert against possible threats.

So then, if humans perceive a situation as dangerous, our bodies release a series of hormones to prepare us to react in the case of extreme threat. These hormones release in our blood and other body fluids like urine and sweat.

The presence of those hormones alters a person’s particular smell. And, since dogs use their sense of smell as a tool for recognition, they may react to certain strange aromas. This is the first possible explanation for why dogs can smell fear.

More symptoms that may allow dogs to sense fear

All that being said, a change in a person’s odor is not the only physical symptom of fear. Excessive sweating, increased heart rate, restlessness, and anxiety all indicate fear. Other symptoms include changes in body temperature and tone of voice, dry mouth, etc.

All of these are a body’s natural tools for self-preservation and survival.

When dogs smell fear, it’s also because their senses (especially their senses of smell and hearing) recognize these indicators. Sweat possesses a characteristic smell that dogs can sense. At the same time, dogs with a very keen ear may be able to perceive increases in heart rate. The combination of these factors may be what puts dogs on alert.

Therefore, it’s best not to force interactions with a dog if a person perceives the animal as a threat. It’s not that the dog is looking to take advantage of the situation to attack. Rather, the dog’s own survival instincts may cause it to react as a means of prevention.

Another curiosity based on the same logic is the claim that some animals–especially dogs–can sense natural disasters.

This claim has gained strength after groups of scientists from different countries have observed alterations in the behaviors of animals weeks before natural disasters.

The bodies of animals are capable of perceiving alterations in ground and air composition.

On the one hand, gas emissions will cause an increase in the number of positive ions in the environment. This will, in turn, lead to the production of a hormone similar to adrenaline. As a result, animals become agitated and try to escape.

On the other hand, birds and mammals perceive seismic vibrations produced by the intensified movement of tectonic plates. This is the case of chimpanzees and elephants, for example.

This may explain why animals–especially dogs–become hyperactive when they sense changes in their environment: they may be sensing a natural catastrophe.

Here’s another article for you about dogs’ amazing abilities… 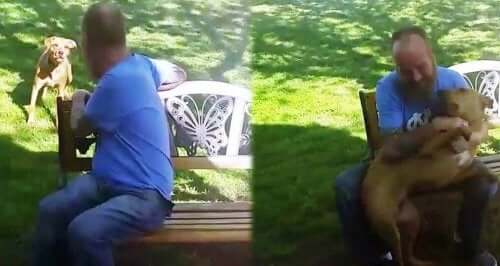 The Dog Who Didn’t Recognize His Guardian After Weight Loss
Have you ever wondered if your dog could pick you off a lineup based entire on the way you look? This is a dog who didn't recognize their human. Read more »
Interesting Articles 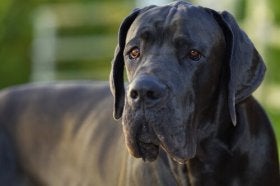 Recent studies reveal the reason behind the short life span of giant dogs. According to these studies, the shorter life span of larger dogs has to do with more accelerated aging in comparison to fellow canines. The categorization of a… 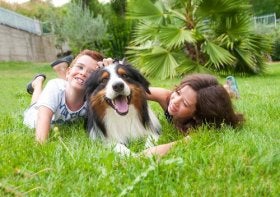 Animals and children are usually compatible. Most of our little ones love dogs. In addition, the same goes for some animals. However, there are breeds that are better suited to living with kids due to certain aspects they have in… 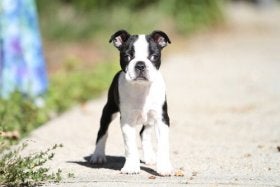 Just like in humans, strabismus in dogs is an eye disorder where the eyes don’t look in the same direction at the same time. Despite being considered a defect, strabismus is actually a desired trait in certain dog and cat… 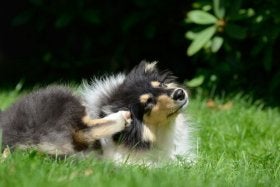 There are many scientific reasons why dogs might scratch themselves. The most common one is that they’re usually just trying to relieve an itch. However, you must watch them closely and try to figure out the reasons if it becomes… 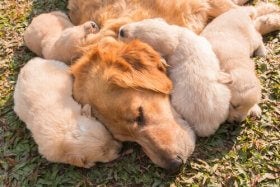 Dogs
How Does a Dog’s Immune System Work?

Did you know that animals have an internal defense mechanism? It works against pathogens such as viruses, bacteria, protozoa, and parasites. What is it? Their immune system! A dog’s immune system functions in a similar way to the human immune… 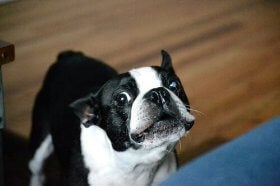 Dogs
At What Age Will Your Puppy Learn How to Bark?

During the first week of their lives, puppies are not yet capable of producing complex sounds. Nevertheless, they’ll very quickly learn how to bark. Moreover, this is a sign that their body is developing healthily. Barking is a primary sound…