The Braque Francais Gascogne is a non-dominant dog, highly intelligent and one that responds well to training. It is worth noting that although they are eager to please and very mellow., they can be sensitive to corrections during training. 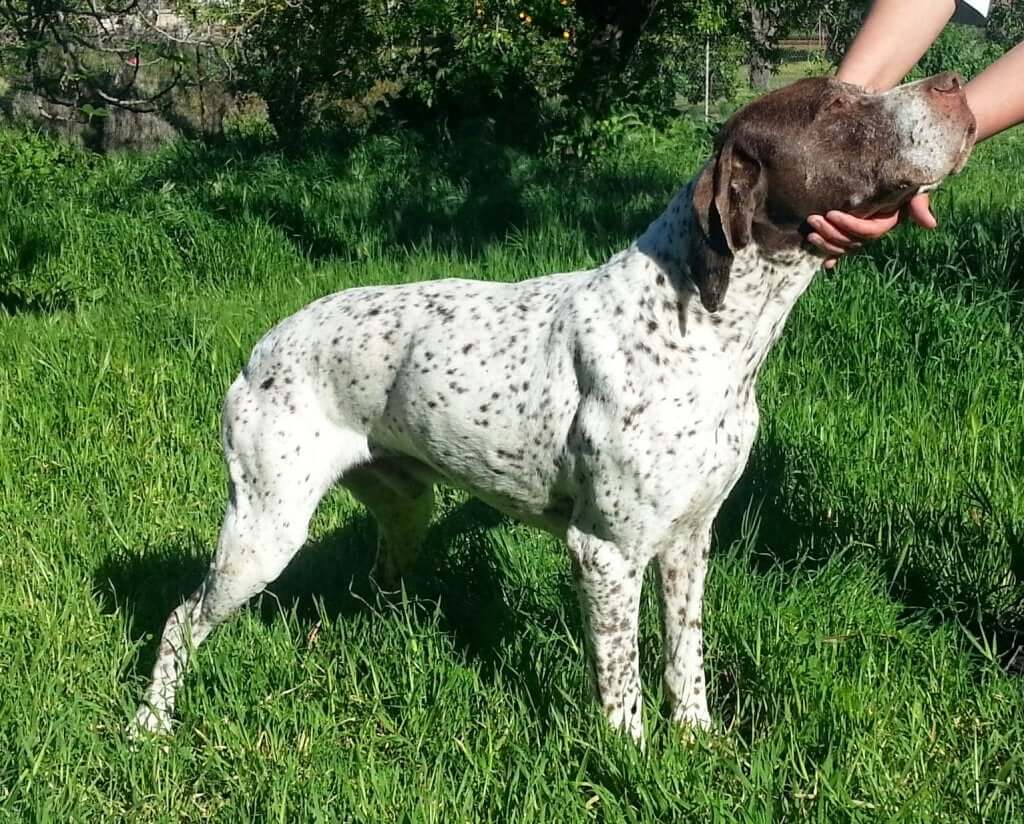 In this article, we’d like to talk about another type of Braque dog breed: The Braque Francais Gascogne type. Although the breed shares similarities with the Pyrénées type Braco Francais, these are two different breeds that you can learn how to differentiate. As a result, up next we’ll give you the details you need to know about this beautiful dog.

All about the Braque Francais: Gascogne type

Both the French Gascony and the Pyrenees type descend from some breeds of French pointer dating back to the fourteenth century. This isn’t something that can be confirmed for certain, as these breeds appeared before there were any dog breed records. However, it is firmly believed that they come from local dogs and Spanish and Italian recoverers.

After World Wars I and II, there were only a few specimens left and the breed became endangered. However, thanks to Dr. Castets and M. Senac-Langrage, it was able to survive, and to this day, it remains a highly-valued animal in the region. In addition, breeders use this dog as a working and hunting dog. Only about 200 puppies are born a year, which may seem little, but that certainly guarantees that the breed will continue to live on.

The Braque Francais is a medium to large size powerful-looking dog. However, it isn’t very heavy compared to its size. It’s a dog full of vigor, resistance and a noble look with a certain elegance that brings out the harmony of its proportions and its special fur.

Its limbs are long and straight, wide and muscular, and it moves them with the elegance and ease of a horse. The head is long with a straight and wide snout, with open nostrils and brown truffle. Meanwhile, its long, thin ears stem from the broad, dangling base on the sides of the head.

The coat is short, and chestnut brown or white speckled with brown in color. However, it’s thinner in the head area wherever there are folds of skin. In addition, its usual colors are brown, brown with white, white and fire beige.

The Braque is a very multifaceted animal and, although it has been used for work, hunting or as a collector, it’s very suitable as a family dog. In this sense, it’s calm, kind, obedient, tolerant and docile, making it a dog that’s easy to train. Being a ‘soft breed’, we recommend no harsh training method for them, however.

It’s also very loving with children and very supportive. Nevertheless, they don’t make good guard dogs. In addition, it also gets along well with other pets regardless of whether these are dogs, cats or another species.

The Gascony type is a very active animal and doesn’t like being bored. Therefore, if it’s adopted in a family environment, especially ones with children, then all the better. If it gets bored it may engage in destructive behavior and bark excessively.

These canines have a natural retrieve instinct, as well as an affinity for water. This is why hunters have used them for hunting different animals, as they can learn how to pursue and point.

Health and care of a Braque Francais

This breed hasn’t any common health problems, but you do need to take several factors into account. Exercise is one of the most important ones. Due to the level of activity it needs, a daily dose of at least 45 minutes of workout is ideal.

Another important factor is to check its ears. Due to their shape and length, it’s necessary to regularly check them to make sure any bacteria hasn’t settled inside them. Watch out for ticks in this area!

Their coat will only need a weekly brush to remove any dead hair. And, of course, regular visits to the veterinarian shouldn’t be avoided, even though it may seem a very strong dog. Regardless, you have to keep an eye on them and help them keep in good health.

High energy food like kibble is ideal for this dog. Raw food (like meat, fish, and chicken) would also be an excellent choice.

How did you like getting to know the Braque Francais a little more? It’s a dog that, even though it has been raised to be a working dog, would be ideal as your next pet.

Pointing Breeds: Learn More About Them
There are all kinds of different pointing breeds, though most of them are from European origin and some go back centuries. Learn more here! Read more »
Link copied!
Interesting Articles
Dogs
7 Causes of Suffocation in Dogs