The Differences Between Country Dogs and City Dogs 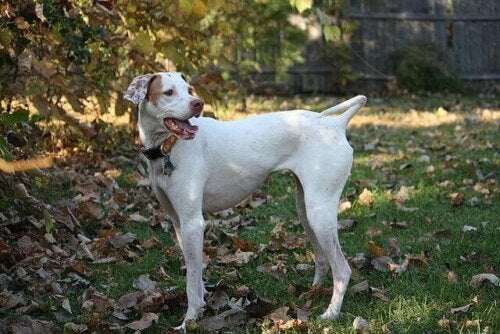 You’ve probably heard a lot about country dogs and city dogs. The truth is that it’s logical to think that there are differences between them. Would you like to know what they are? We’ll share them in this article!

Many people think that dogs are dogs, regardless of where they were born or where they live. Yes, it’s true that dogs’ characters and personalities have common factors, regardless of their origin. Nevertheless, there are differences between both types.

The causes of the differences between country dogs and city dogs

One of the main reasons for these differences is that many owners of city dogs humanize their pets, which makes them adapt to the circumstances and way of life of cities. On the contrary, dogs that are raised in the country are treated in completely different ways.

These are some of the differences in treatment:

City dogs are usually fed with the best quality dog food, which provides the necessary nutrients for them to have a shiny coat, strong bones, and maintain their body in perfect condition.

On the contrary, this doesn’t usually happen with country dogs. In fact, many are fed with their owner’s leftovers.

Although you can find all kinds of dogs in the city, due to the size of houses or apartments, most people opt for small or medium-sized dogs. Meanwhile, country dogs are usually big and robust, since there’s plenty of space for them.

Country dogs and city dogs are used for different purposes. Most people adopt city dogs in order to have some company and another family member that can make them happy.

In contrast, country dogs are often shepherds or guardians. Thus, they tend to live outside houses and aren’t as pampered as city dogs are.

Trips to the vet

City dogs are often treated like children. Due to this, their owners usually take them to yearly veterinary check-ups, brush their teeth often, and bathe them once a month. The owners of country dogs often neglect these aspects.

Differences in character and personality

The environment and the care both types receive also lead to differences in their personality and character, as well as in their health. These are some of them:

What Is the Difference Between City and Country Dogs?
When talking about dogs it's important to consider the world they grow up in. It can significantly influence their behaviour. It's just the same with the people they have around them. How are city dogs and country dogs different? Read more »
Link copied!
Interesting Articles
Dogs
How a Vet Can Help Correct Dog Behavior