All About Ichthyology: The Study of Fish

Today we'll tell you all about ichthyology, the branch of science that studies the world of fish, their biology, classification, and distribution. 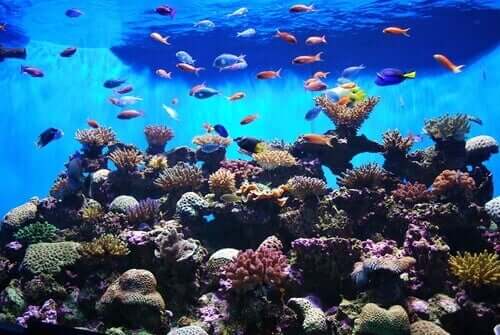 Ichthyology is the branch of biology that focuses on the study of fish. Fish are a very wide and diverse group of animals, and ichthyology is responsible for classifying them, and studying their morphology and physiology. It also looks at how they relate to their environment.

What is the purpose of ichthyology?

Like other sciences that study animals, ichthyology brings us closer to the world of animals. Thanks to this branch of biology, we can recognize the different species of fish that exist and their biological makeup. Besides discovering how certain fish reproduce, ichthyology is also useful for conservation reasons as well as for production for human consumption.

Given that humans have been using fish as food since prehistoric times, ichthyology is a very old science. And although it originally lacked the consolidation of a formal discipline, this ancient knowledge was used for fishing.

What’s more, the study of fish is related to other biological sciences such as limnology, oceanography, and ecology.

How does ichthyology classify fish?

There are two large groups of very different fish, according to the skeleton they possess:

A third group of fish exists as well, although there are very few representatives around today. These are Agnatha fish–or jawless fish– and this group includes lampreys and hagfish.

How have fish adapted to aquatic life?

One of the big questions that ichthyology, the study of fish, seeks to answer is how fish have adapted to life in different aquatic settings. For example, seas, lakes, rivers, estuaries, marshes, ponds, etc.

Each of these environments possesses different physical and chemical characteristics (pH, salinity, light, oxygen, depth, type of sediment, etc). So, the animals that live in each setting possess different physiological adaptations in order to survive.

Fish, like other vertebrate animals, have a skin that consists of layers: the epidermis and the dermis. The epidermis of fish possesses an abundance of mucous glands that maintain lubrication on the surface of these animals.

From the dermis of fish originate their scales, which come in different types and distributions. Many fish display modifications when it comes to their scales, such as luminescent organs, spines, and needles.

Except for agnates, all fish have pairs of fins. Along with the hydrodynamic shapes of their bodies, their fins make them excellent swimmers. Here are the different types of fins:

The way that fish usually move about consists of wiggling their bodies in a wavelike fashion. The thrusting of the caudal fin also helps them on their way.

Gills are a fish’s respiratory organ through which they extract oxygen dissolved in water. In the same way, fills expel carbon dioxide back into their surroundings.

Apart from gills, some fish can even breathe through their skin. This is the case in species that don’t have scales, such as eels. And finally, some fish use lungs to breathe.

During respiration, water penetrates through the mouth, through the slits in their gills, or through both pathways. Then it exits back out through the gills, which open and close alternately.

This is a characteristic that certain bony fish possess and it acts as a respiratory organ. Fish that have lungs, those that live in deep waters (like eels), and species that swim continuously (like tuna and mackerel) don’t possess a swim bladder.

Marine Life: Do All Jellyfish Sting?
Jellyfish are a common sight along coastlines around the world. In today's article, we want to investigate the following question: do all jellyfish sting? Read more »

Having an aquarium at home for fish has always been popular. Fish are relatively easy to care for and an aquarium can also form part of the decoration at home.…

Having fish doesn't mean simply buying a bowl, pouring water on it and throwing them in! Keeping fish is a…