Once again, science shows us that empathy isn't an exclusively human trait. 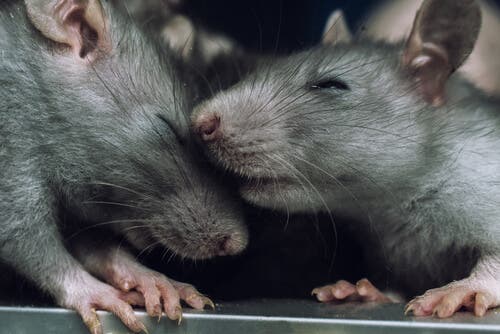 It’s a popular belief that human feelings or emotions, such as empathy, are exclusively a human trait. However, researchers and observers have long shown that this might not be the case. One example of this is the apparent way that rats feel empathy.

For decades, researchers have studied the behavior of rats in laboratories as well as their relationships with humans. The same types of studies have also been carried out on pigeons, wolves, dogs, and other primates.

In humans, empathy is the innate ability to observe and recognize someone else’s emotions. This helps to connect with other individuals in a social group on an emotional level.

Research by scientists at the Royal Academy of Art in the Netherlands has shown that rats show empathy for their partners’ suffering. This would imply that the ability to put oneself in someone else’s place may well have appeared in evolution long before humans.

How is empathy controlled?

There is a region of the human brain called the anterior cingulate cortex (ACC) which contains mirror neurons. These cells respond when an individual experiences a sensation or pain when another is suffering. However, beyond this, the underlying cellular mechanisms are not well understood.

“Mirror neurons are a type of neuron that’s activated when an action is performed and when that action is observed or there’s a mental representation of it”.

Recent studies have shown that the anterior cingulate cortex in rats also contains mirror neurons. These are activated when the rat feels pain or sees another rat suffering.

However, they’re not activated when they hear a rat suffer. According to other research, this may be because the rat needs to have experienced fear in order to feel it when they hear a companion suffering.

In fact, rats that knew what fear and suffering were did get upset when their companions emitted ultrasound noises to warn the group.

How do we know that rats feel empathy?

To carry out the experiment, a group of rats was housed in pairs and trained to touch a lever to obtain a prize. The rats learned very quickly that, by activating a switch, they could get a sugar cube.

When it became clear that the rats knew how to do this, the switch was modified so that it gave them a small shock instead.

As soon as the rats started to suffer shocks, the rats stopped using the switches completely. Along with the studies on mirror neurons, this showed that the rats knew when a companion was suffering and tried to prevent it.

However, at this point, it’s important to ask ourselves another question. Do the rats stop using the switch out of empathy for their friends or is it simple selfishness to reduce their own suffering?

Because of these mirror neurons, the rat’s emotions match what their friends feel to a certain extent. Therefore, not using the switch anymore will also relieve their own suffering.

The same thing happens with humans. Why do we help someone who’s hurt? Is it just altruism or do we simply not want to suffer ourselves? These are questions that are very difficult to answer.

But what we certainly can say is that a similar process occurs in both species. Clearly, empathy is an adaptive emotion which improves a species’ chances of surviving when living in social groups.

Dogs Understand Human Emotions
In this article, we tell you how people discovered that dogs understand human emotions, especially when it comes to their owners. Read more »
Link copied!
Interesting Articles
Hamsters and Rodents
Causes, Symptoms and Treatments of Tumors in Hamsters