How to Treat Tumors in Your Rodents

Like most animals, rodents can develop tumors (neoplasms) when they grow old. These are mostly benign though. 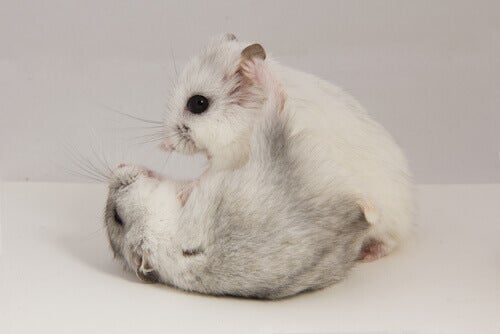 Vets offer the type of consultation rodents need when they develop tumors or become ill in any other way. The need for more clinics specialized in exotic animals has arisen as many people are now keeping them as pets.

Rats, mice, guinea pigs, hamsters, degus, and gerbils should consult a vet regularly (just like dogs and cats) even if they’re not sick. You should plan a visit particularly when they get older as this is a factor that significantly increases the probability of them having tumors.

Like other animals, rodents also develop pathologies. The difference is that their metabolism is faster and so is the development of a disease. Unfortunately, the animal would die in a matter of days.

There are accounts of hamsters dying suddenly even though their owners noticed no symptoms of a disease the day before.

When you keep a rodent as a pet, you must be extremely attentive to any change in their routine. For instance, are they eating more or less? Has their facial expression changed in any way?

Each rodent species requires a specific diet, so take that into account. This is because an imbalanced diet is one of the reasons why this kind of animal gets sick. Digestive problems, along with tumors, are the most common diseases among pet rodents.

Types of tumors in rodents

Tumors are one of the most common pathologies of these kinds of animals when they reach old age. Also, life expectancy varies greatly between the many species, as does the appearance of spontaneous tumors. These are the life expectancies of the various domestic rodents:

Likewise, the frequency with which tumors appear in rodents also depends on the species.

For example, rats develop neoplasms more often than mice or, in general, more than other pets.

The most commonly observed types of tumors

Is there a cure?

The main thing to keep in mind is the vast majority of tumors in rodents originate when the animal has reached an advanced age. So, putting your pet down may be the most ethical option for a pet with a malignant tumor — your vet will recommend it if this is the case.

However, these tumors are usually benign and don’t pose a danger to the life of an animal. They might be a nuisance to them though, especially if they grow too much and keep them from moving as usual.

In conclusion, a vet might be able to remove a tumor if it doesn’t pose a risk to the rodent.

Differences between Gerbils and Guinea Pigs
Gerbils and Guinea pigs are great pets. In fact, they've secured a spot in the hearts of many families throughout many generations. Read more »
Link copied!
Interesting Articles
Hamsters and Rodents
Causes, Symptoms and Treatments of Tumors in Hamsters