All about Horse Behavior: Characteristics and Personality

Different horse personalities can explain the different reactions of particular animals to the same situation. 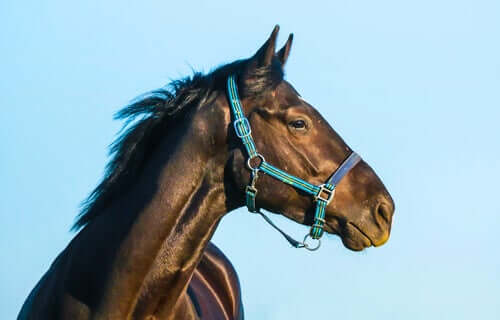 Horses, like any other animal, possess an individuality that sets them apart from the rest. This makes every one of them unique among their fellow horses. Knowing horse behavior is important both for the riders and owners as well as for horse lovers.

Believing that animals don’t possess the same traits as humans is a misconception. At least as far as character and temper are concerned. In addition, it’s also useful to distinguish and identify these features when creating a relationship with them. Above all, this is important because the way in which the approach will happen will depend on these traits.

When we talk about character, we refer to the traits that identify the animal and that are always present, whether it’s inside the barn or outside, in cases where horses practice sport or train often.

Generally, a horse’s character tends to be gentle. Because of this, it’s possible to approach them and train them safely by being respectful and careful.

Being subject to predators, they’re guided by instincts and the most common of them is that of survival. When faced with the possibility of a threat, they react swiftly. As a result, it’s important to generate a relationship of trust and to know how they typically respond to human contact.

Horses are social animals that live in herds when in a natural state. They also manifest their emotions very openly and visibly. They tend to be dominant and commonly establish hierarchies, without being violent. Aggressiveness isn’t part of their nature and they prefer to flee before fighting. However, if they feel in danger, then horses can react by kicking, or even biting, if necessary.

Just like human beings, horses communicate with each other. However, since they almost don’t emit any sounds, they do so through the movements of their bodies. Observing the way they move their ears, snouts, tails, as well as the postures they adopt, will help to understand their language. As a result, it’ll be easier to build trust and to become familiar with their personality.

Are there bad-tempered horses?

Bad temper among horses is a possibility, although it’s not the most common situation. Horses demonstrate this trait by displaying specific attitudes. Horses usually crouch, move their ears quickly, and stretch their lips when they’re upset or moody. In addition, they can also sometimes show their teeth to show they’re not happy.

Not all horses demonstrate this kind of behavior. Moreover, they generally don’t display a problematic character but are rather distinguished by being docile and friendly. What really matters is the bond created between them and humans. The degree of mutual knowledge also plays an important part in this bond.

Although they’re often treated as identical traits, they do differ considerably.

As we can see, a horse’s character is related to the traits that are present in the animal most of the time. These traits can be taught and the horse trained. It’s also related to their willingness to learn and to train, among other things.

Temper, on the other hand, has to do with breed type or bloodline. Because of their temper, horses can be nervous and hyperactive and will need more or less space to live.

According to this trait, there are three kinds of horses to note:

The ideal character of a sport horse

One of the qualities for which riders value a horse is its capacity for sports. As a result, their character is an important trait to consider. Therefore, ideal traits for sport horses are:

The horse is a fascinating animal with many different kinds of breeds. We can fairly understand their character with some observation and a good disposition. By creating a positive interaction based on respect and building mutual trust, it’s possible to interpret their traits correctly.

We hope you enjoyed this article about horse behavior and, happy riding! 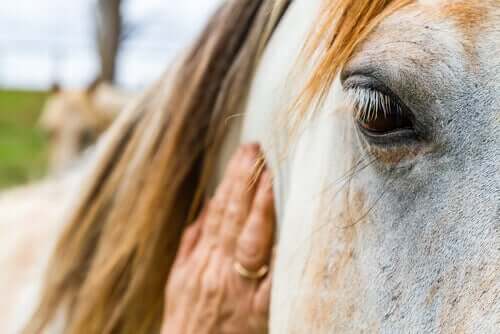 Did You Know? Horses Can Interpret Human Emotions
Horses can interpret human emotions based on our facial expressions, body language and tone of voice. Discover more in the following article. Read more »
Interesting Articles 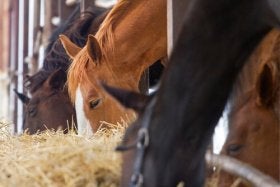 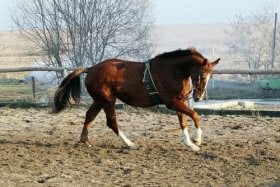 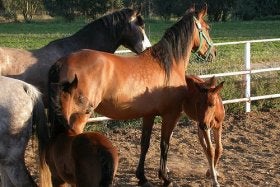 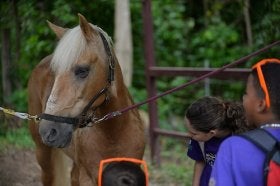 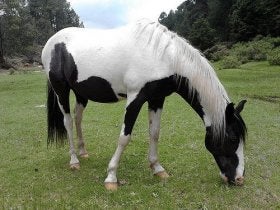 Horse selection is a big deal, no doubt. This is because you don’t only need money but also time and long term dedication. Because of this, you should consider a few things before you choose in order to make the… 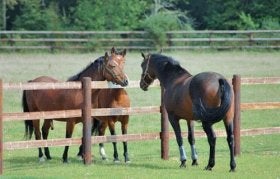 Taking care of a horse requires a good part of your time and dedication. However, it’s a rewarding activity. A horse is a noble animal who responds to interaction by being sensitive to their surroundings. This is why up next…