Starfish Regeneration: The Secret of Life?

If you've ever wondered why it is that starfish can replace a lost arm and humans can't, you're not alone. Starfish regeneration is a mystery. 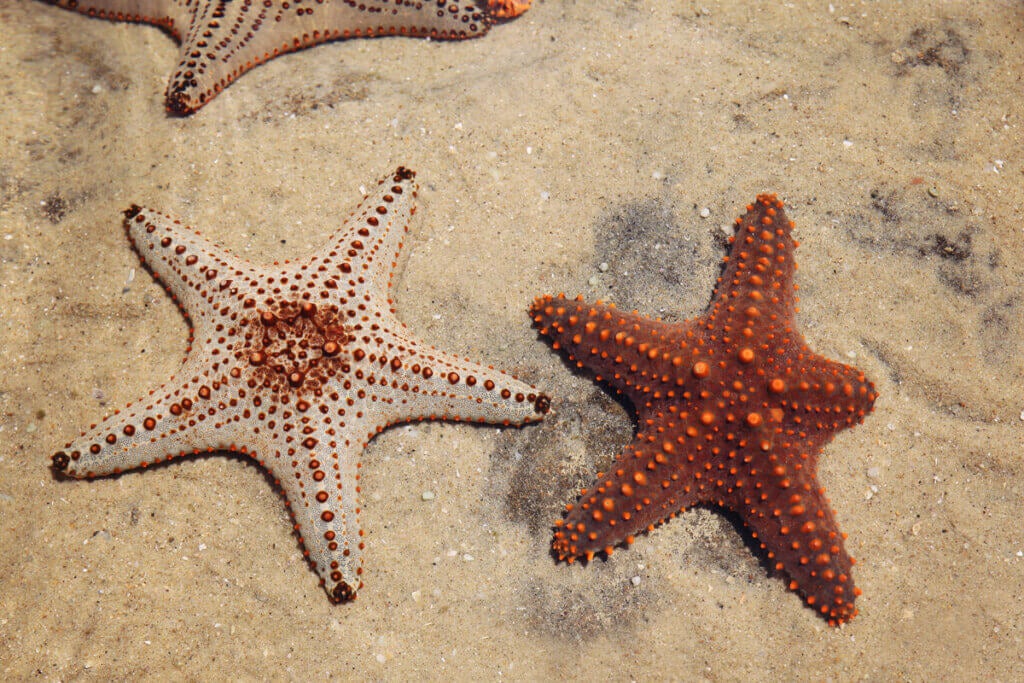 Starfish are famous for their regenerative powers. For example, if they lose one of their limbs, they can replace it with a new one. A new animal can even grow from an arm and a body part. Human beings, compared to starfish, have rather limited powers of regeneration.

In people, the repair of wounds occurs easily in some tissues, such as the liver. However, other cells such as heart muscle and neurons in the human body can’t regenerate after damage. For this reason, starfish can be useful models for studying wound healing and regeneration in humans.

Understanding the biology of starfish

Starfish belong to the Echinodermata phylum and are related to sea urchins, crinoids, and sea cucumbers. They are part of the Asteroidea class and, to this day, there are more than 1600 species of starfish.

Variety of sizes and colors

It’s surprising to know that the size of starfish can vary from less than one inch to over three feet in diameter. However, the most common species measure between about five and ten inches. They have radial symmetry, which means that the arms, whether short or long, extend from a central disk.

Also, it’s interesting to know that, although most sea stars have five arms, some species can have up to forty.

The central disk is an essential structure in the regeneration process of sea stars.

It’s very interesting to note that these fascinating creatures have eyes. However, these ocular devices aren’t where you would expect them. Also, they’re not at all similar to a human eye since they consist of eyespots at the end of each arm.

Thus, five-armed starfish have five eyes and 40-armed species have 40 eyes. Of course, these creatures don’t see many details, but they do distinguish light and dark, which is enough to manage in their habitat.

They have a protective armor

Depending on the species, the skin of a starfish can feel leathery or slightly prickly. The presence of a tough coating that consists of calcium carbonate plates is typical. In addition, on this cover, these creatures have small thorns that serve to protect them from predators.

Instead of blood, starfish have a circulatory system that consists mainly of seawater. Seawater is pumped into the animal’s vascular system through its sieve plate.

This liquid circulates to the tubular feet of the star, causing the arm to extend. Contrary to popular belief, the arms are not rigid. In fact, they help to hold prey, such as clams or mussels.

The process of starfish regeneration is very complex and only partially understood by science. Basically, regeneration is the ability of an animal’s cells to produce new body parts during adulthood, just as they did during embryonic development.

If a starfish has an amputated arm, a repair phase begins to heal the exposed wound. Once the wound heals, the animal begins to generate new cells, which in turn, cause new growth.

It’s important to note that regeneration can take from several months to years. The cell proliferation that results in the growth of the new limb occurs in the final phase. If the final phase is interrupted, the resulting new limb may become deformed.

It’s very interesting to know that, in addition to the fragmentation that starfish perform for the purpose of reproduction, they also do so as an escape response. This means that the animal can divide its body to escape the attack of a predator.

For this reason, in order to lose body parts, the animal quickly softens its connective tissue in response to nerve signals. In addition, this type of tissue is called catch connective tissue and is found in most echinoderms.

In fact, science has identified a factor that promotes autotomy which, when injected into another intact starfish, causes a rapid detachment of arms.

Starfish regeneration: The secret of life?

Echinoderms are found in almost all marine areas and constitute a significant proportion of the biomass. Thus, starfish and other echinoderms are extremely important for the biodiversity of our oceans.

However, the regeneration of these invertebrates remains a secret to science. Will these mechanisms be the key to increased efficiency in human medicine? Only time has the answer.