The damage that humans have done to the planet has serious consequences. For instance, it's led to the endangerment of marine species whose days are counted. Fishing methods and global warming together with the destruction of ecosystems are the main causes of it. 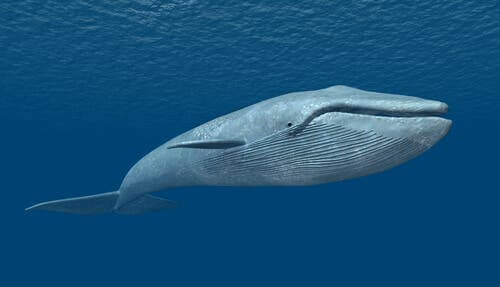 Global warming and the destruction of the natural habitats of our planet’s animals will affect their biodiversity for years. The increase in temperatures particularly affects creatures that live in the ocean, and there are many endangered marine species. Today’s article will help you learn more about these animals.

The blue whale, a giant in danger

Weighing 200 tons (which is the weight of about 33 elephants) the blue whale is the largest mammal on the planet. The World Wide Fund for Nature estimates there are currently only 10,000 to 25,000 specimens left in the ocean.

The blue whale population suffered in the 20th century when indiscriminate whaling became popular. Even though it’s been illegal since 1966, many die after encounters with fishing nets or from collisions with large boats.

The sea turtle is among the marine endangered species

Indonesia currently has six different sea turtle varieties. This is because its climate and coastline are ideal for spawning. This area also allows access to migratory routes from the Pacific and Indian Oceans. The World Wide Fund for Nature is working in the Papua area to help these species.

Their populations, however, are classified as vulnerable, endangered, or critically endangered. At least, according to the Red List of the International Union for Conservation of Nature. The main threats to these animals are the destruction of their nesting areas, illegal hunting, and uncontrolled overexploitation.

The vaquita, on the verge of extinction

The vaquita, with the scientific name Phocoena sinus, is the rarest cetacean on the planet. This animal is about to become extinct, even though it was discovered only 60 years ago. The International Union for Conservation of Nature Red List states that it is critically endangered.

In 2015, the population of marine vaquitas was of only 97 individuals. In 2017, 67% of the population perished and currently, there are less than 19 specimens worldwide.

The main cause for the near extinction of these cetaceans is the use of driftnets and invisible curtains that float in the water, and thousands of these creatures have been killed in this way.

These animals have a completely different appearance to conventional dolphins. They live on the shores and estuaries of the Irawadi River, and the areas near the Ganges and Mekong Rivers in Southeast Asia. They’re not freshwater dolphins, though. Their skull, rounded like a melon, is one of their most distinctive features.

This animal has a life expectancy of about 30 years and is usually a slow swimmer. The lack of legislation led to only 85 specimens remaining in the Mekong River area.

Electrofishing and the use of poisons might be the main causes of this species making the red list of the International Union for Conservation of Nature.

The ocean sunfish is a marine endangered species

This marine species is also difficult to study and monitor, due to their rarity and the scarcity of specimens. Also called mola fish, their appearance is similar to that of a large finned head. They can measure up to 10 feet in length and typically weigh between 544 and 2200 pounds.

Their habitats are across the Pacific, Indian, Mediterranean, and Atlantic oceans. The largest population concentration is in Indonesia and on the coasts of southern California.

Even though this is a rather fertile animal and is yet to make it to the Red List of the International Union for the Conservation of Nature, their population is decreasing daily.

The hardness and thickness of their skin, as well as their large size, often deter predators, from which they flee into deeper waters.

However, there’s also the problem of human fishing methods, such as the aforementioned driftnets. They kill thousands of marine animals a year.