Survival Instinct in the Animal Kingdom

In this article, we'll share some fascinating details about how animals' instincts help them to survive in the wild. 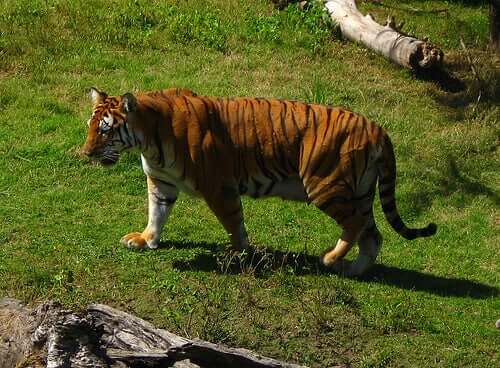 They say that in the wild, it’s the strongest who survive. There’s a hierarchy whereby some animals eat others and so on until there’s the one at the top of the pyramid. This is what has led to the development of the survival instinct in the animal kingdom. In this article, we’ll tell you all about it.

The main priority for any animal is to get enough food to survive and, at the same time, avoid being eaten by a predator. In the wild, animals need to be able to run, fly or swim quickly, be good at hiding, and always have one eye open to look out for danger.

But even so, this isn’t easy, and despite having these abilities, survival isn’t guaranteed. Even if an animal survives one predator, you can be sure that another one will appear soon.

The survival instinct is like a switch that goes off in the most adverse situations and activates the animal’s ingenuity to save themselves. Most animals seem to behave in a consistent way as if they were programmed to act the way they do. It’s this behavior that we call the survival instinct.

Just like us, when an animal is afraid, their body reacts and looks for the right moment to flee and the most suitable place to go.

Instinctive behaviors that are part of the survival instinct

Each animal and species has its own instinctive behaviors. These include:

These animal instincts are what save animals’ lives. Remember who the first ones off the Titanic were? The rats! Even before the water started entering the ship!

Nature and animals are a great source of learning for us, not only to preserve our own lives but to help save other animals and conserve endangered species.

The Impressive Maternal Instinct of Animals
Even if it's not their own child, mother animals have such an impressive maternal instinct that they will care for it as if it were their own. Read more »
Link copied!
Interesting Articles
Mammals
The Golden Lion Tamarin: Between Threats and Benefactors