The 6 Pets that Live the Longest

Today, we present a list of the pets that live the longest. 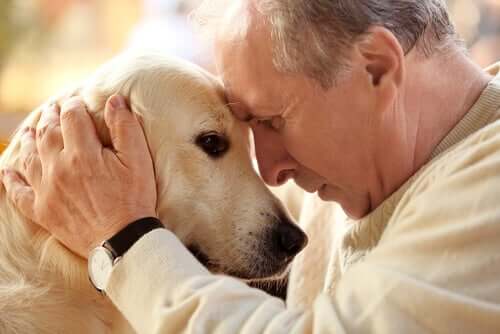 We all want our pets to live a long and healthy life, but not all animals have the same life expectancy. There are even differences between breeds within the same species. Today, we’ll share a list of the pets that live the longest:

Freshwater turtles are also kept as pets in many homes. They usually live for 15 to 20 years and, as a result, many people choose to release them into lakes and ponds. This is a problem because they’re considered an invasive species and can spread rapidly.

There are several species of these birds that have been kept as pets by people around the world. Lovebirds, grey parrots, cockatiels or cockatoos, parrots, parakeets… they’ve all been kept at home with other pets and are popular because they’re sociable creatures.

Parrots live for a long time, especially if they receive the right care. Some birds such as macaws can live for over 80 years, whilst Amazonian parrots can reach 50, cockatoos can reach 6o, and other smaller birds like lovebirds can live to about 15 years old.

However, most of these exotic birds are poached and acquired illegally. Many end up abandoned or in rescue centers because they don’t meet their owners’ expectations.

3. Dogs, one of the pets that live the longest

Dogs are the most popular pets of all. They can have a big impact on our lives and when they’re gone, we’ll never forget them. Dogs can live between 10 and 13 years old, although it all depends on size and breeds.

Generally, smaller dogs tend to live longer than large dogs, and some breeds are more prone to disease than others. However, there is also a lot of variety even within these traits.

Cats are also great long-term companions since they live for between 10 and 15 years, like dogs. But it’s important to point out that there’s huge variation between breeds and some suffer from associated genetic diseases.

However, despite this life expectancy for a cat, there are some cases that far exceed this, such as Creme Puff, the world’s oldest cat, who died… at the age of 38!

Bearded dragons and geckos are another common pet and they usually live for an average of 10 to 15 years if they’re well cared for.

But reptiles aren’t for amateurs, and setting up the perfect terrarium is a science in itself. These animals specific light, temperature, and humidity conditions in order to survive.

Although it’s not common to find rodents that live a long time, chinchillas are the domestic rodents with the greatest life expectancy. They can live between 12 and 15 years, but there are examples that have reached and even exceeded 20 years old.

Originally, chinchillas were bred for the fur industry because of their silky, abundant fur. But they have since become popular pets and today there are many different varieties as a result of cross-breeding.

They’re very docile and sociable with humans, but require time and persistence to gain their trust. They also require a lot of care as they’re quite prone to diseases.

These are just some of the pets that live the longest, but ultimately the amount of time you have with your friend will largely depend on how well you take care of them and how much love and attention you give them.