What Are Ruminant Animals?

These herbivores are famous for having four stomachs and eating large amounts of vegetation throughout the day. There are around 250 species that live all over the planet. 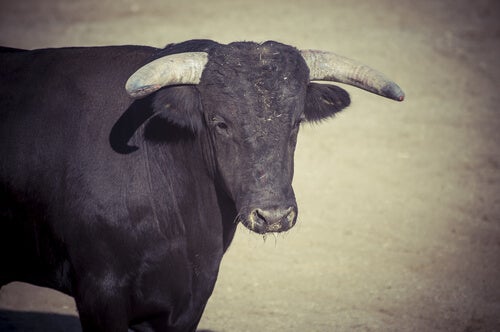 In addition to cows and sheep, there are many other ruminant animals. These animals are known for having a stomach with four different compartments! Since they take a very long time to digest their food, it may seem like they’re eating all day.

Any animal that has the ability to digest food in two stages is called a ruminant. First, they swallow the food whole. Then, after regurgitating the food, they chew it and break it down using saliva.

There are many different ruminant animals, such as cattle, sheep, goats, deer, and giraffes. Horses and camels are excluded from this category, however. Although they ruminate, they don’t have horns or glandular stomachs.

The digestive system of ruminants is unique. There are four cavities from the esophagus to the small intestine that process and store food.

There are also some other characteristics of this group. For example, they have legs with metacarpals and metatarsals all in one piece. Males also have horns on their heads. Some females do as well, but they’re smaller. They also have highly developed molars and premolars, but lack incisors like carnivores. Instead, they have special teeth shaped like spatulas to crush grass.

Ruminant animals usually live in pastures or fields. They also move from place to place to find better places to eat depending on the time of year.

In this group, there are about 250 different species. They live in the wild almost all over the world, except for Australia and Antarctica. Experts group them in families, which each have inherent characteristics. For example, deer have antlers, giraffes have long necks, and people used cows for their milk, leather, or meat.

These are undoubtedly the most famous ruminants. In fact, they’re probably the first that came to your mind! Cows and bulls – featured in the photo at the beginning of this article – are mammals with robust bodies that weigh around 2,200 pounds.

In terms of their digestive system, they’re able to cut grass very effectively due to their rough tongues and lower incisors. Then, they chew the grass lightly and swallow it. It goes to the first stomach where gastric juices begin the digestion process.

Later, during the process of rumination, they regurgitate the grass and crush it completely with their teeth. This can be a long process. In fact, this is why you see cows chewing continuously!

People use this hoofed mammal for their milk, meat, and wool. They’re also another one of the best-known ruminant animals. Sheep eat soft herbs and plants, which they grab with their lips and tongues.

Their complex digestive systems are made up of four compartments, which allow them to break down glucose from leaves. The food processed by the first stomach returns to their mouths so they can chew it fully. They also use large amounts of saliva for this process.

Also known as the Alpine ibex or mountain goat, this bovid and their relatives of the Capra genus are scattered throughout Europe. They have significant sexual dimorphism. For example, the males are larger and have very large, curved horns. However, these animals also represent a great example of rumination.

These goats feed on the grasses and herbs they find among the stones and trees. They can also climb to the top of the mountains in the search of food, thanks to their legs and hooves. In winter, they change their diets and eat flowers, branches, and the leaves of shrubs.

These mammals belong to the cervid family. They live in Nordic forests and are known for having large antlers. However, these antlers actually only appear in adult male specimens.

They feed on leaves, branches, shrubs, young stems of plants, bark, and even aquatic plants. In fact, they spend many hours each day eating. They are so large that they need almost 45 pounds of food a day. Also, being a ruminant animal, they must process all the food in several stages.

Foot and Mouth Disease in Cattle
Foot and mouth disease was only officially discovered in the 19th century but has been recorded for hundreds of years. Find out more here. Read more »
Link copied!
Interesting Articles
Farm Animals
The Acclimation Capacity of Animals and How it Influences Farmers’ Choices