What Is the Difference Between City and Country Dogs?

It's common for dogs that have been born and adopted in the city to experience stress and anxiety, which countryside dogs don't have. 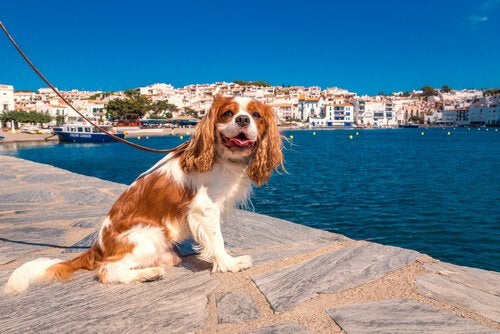 Whenever it comes to dogs it’s important to consider the environment they grow up in. It can significantly be influential on their behavior, just like it is for humans. So, a common question that many people have, is how are city and country dogs different?

First, as it is for humans and other living creatures, you should recognize how a dog’s surroundings influence his adaptability towards life. Therefore, city and country dogs are defined by where they live on a daily basis.

Just as it is for humans, dogs acquire certain trait depending on where they live. Living in large urban areas, where the pace of life is much more intense, is not the same as living in a peaceful place surrounded by nature.

Likewise, the countryside has a different pace of life. Vegetation also plays an important role on how people wake up and go to bed earlier. This type of surrounding doesn’t just leave a mark on people but also on their pets.

City dogs and country dogs are different due to difference of pace of life they live in. It’s not unusual for a dog who is born or adopted in a city setting to experience levels of stress and anxiety which country dog don’t have.

The walking routines of these dogs have been analyzed and show different results. Dog breeds that live on the countryside usually walk freely without a leash. However, they rarely stray from their owners and tend to stick by their side.

On the other hand, a city dog tends to be anxious to run around when they are out for a walk. This is why they often go missing. They’re not used to keeping visual contact with the person that’s walking them.

Dogs have a highly developed sense of smell. However, city dogs and country dogs are different in this aspect too. This isn’t about how much more they can smell or how sensitive their sense of smell is, but how patient they are and how much they concentrate on it.

A dog that has grown up in the countryside will be much more patient and will take his time to smell things. They’ll follow trails and signals and they’ll especially enjoy smelling things.

However a city dog is generally more restless and impatient unless he has been trained. They’ll smell things quickly and rapidly move onto the next thing.

It’s commonly said that country dogs have fewer health problems than city dogs. Plus, they have fewer behavioral problems and generally more healthy.

Overall, people say that they have a higher quality of life than city dogs and this obvious. Here are some reasons why:

A country dog lives in a natural environment, doesn’t feel confined and enjoys much larger spaces to develop his abilities.

Obviously, dogs that live in a city house are not in a natural environment. It’s a very close and repetitive environment. Plus, when they go out for walks, it usually takes place on the same routes. This problem can be even worse if you have a high energy dog breed.

Therefore, it’s a good idea for city dogs to have a regular change of routine. If you go on frequent walks with them you’ll be helping reduce their stress levels a little.

Finally, when it comes to human contact, with the dog’s owner or during daily tasks, country dogs develop a different attitude. Dogs have always been an animal that has performed several tasks for humans, as well as being a pet and companion. This is why country dogs seem much more relaxed.

There’s still a lot that remains to be researched about city and country dogs. Their company has always been important for humans and they depend on us to provide them with the right habitat they need to develop.