Believe it or not, keeping ducks as pets is becoming increasingly popular. Want to know more? Take a look! 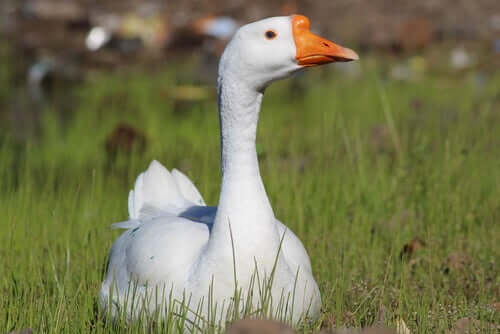 When a family decides to adopt an animal, keeping ducks as pets probably isn’t the first option that springs to mind. After all, the pet industry is mainly dominated by two species: dogs in the first place, with cats not far behind.

Less conventional, but still very popular options, include rabbits and birds. Others prefer fish or tortoises, while some opt for more exotic, and even dangerous animals, such as snakes, lizards, spiders and scorpions.

In rural areas, ducks usually occupy the same role as chickens, and are mainly kept as poultry. Until recently, keeping ducks as pets would have been almost unheard of. But over the last few years, it has become a huge trend in countries such as the US.

Is it possible to keep ducks as pets?

While it might not be the most traditional option, it is possible to keep ducks as pets. Ducks are really sociable birds, and love playing games and spending time with humans.

If they receive constant attention and training, they can even learn to understand commands, and in some cases, go for walks with their owners.

Those who decide to bring ducks into their home must be aware of the minimum requirements for keeping these birds happy and healthy.

Having a pet means making a life-long commitment to that animal. Once you agree to take on that responsibility, you need to fulfill your duties as a pet owner.

These birds can adapt well to domestic life without great difficulty. If, as well as giving them plenty of care and attention, you can give them access to a patio or other outdoor space, so much the better. And if you also have a pond where they can swim and bathe regularly, your ducks will have pretty much everything they need.

Can you keep a duck in an apartment?

This is an option that should never even be considered. There are a number of reasons for this, each of which can have a huge impact on your animals’ welfare.

Some people choose to dress their ducks in specially-made bird diapers. But as well as needing frequent changing, they can make the animal uncomfortable.

Keeping a duck as a pet: care and housing

If you’ve already decided to adopt a duck, you’ll need to keep the following aspects in mind:

During this time, it’s best to keep your ducklings in a safe, enclosed area, away from any cold drafts. Similarly, it’s important to keep a close eye on them while they’re on or near water, as there’s a high risk of drowning.

A Depressed Dog is Happy Again Thanks to His New Duck Friend
Animals are constantly surprising us in different ways. Even though the bond of "friendship" between distinct species isn't anything new, hearing all about new stories won't stop touching our hearts. The following story is about a depressed dog who regained his thanks to a duck. Read more »
Link copied!
Interesting Articles
Birds
Cockatoos: Everything You Need to Know

Birds
Having a Hawk as a Pet

There are many acceptable animals as pets, but what about having a hawk as a pet? Some facts about hawks  Size  Hawks are medium-sized birds of prey and have so-called…

Birds
All About Ara Macaws

They belong to the same family as parrots and live in the rain forests of Latin America. Ara macaws are known for their brightly colored plumage and their huge curved…

Birds
The Characteristics, Behavior and Habitat of the Common Pheasant

The common pheasant is an extravagant bird of Asian origin whose scientific name is Phasianus Colchicum. It belongs to the…

Birdwatching or birding is becoming more and more popular. This isn't just true for experts, but also for amateur bird enthusiasts. However, it's best to go to specific spots for…

Diurnal and nocturnal birds of prey seem remarkably similar to the naked eye. However, if you compare and owl and…