The Bearded Vulture: Characteristics and Curiosities

The bearded vulture is one of those birds that humans both fear and admire. But what do we know about them? Read this article to find out more. 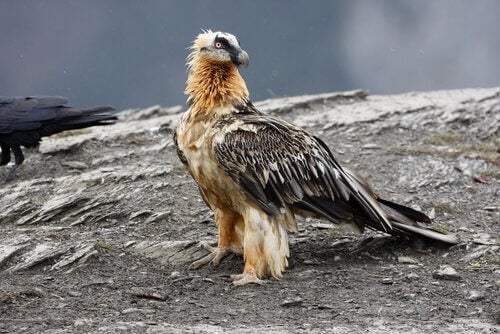 The bearded vulture, or the lammergeyer, belongs to the Gypaetus barbatus species. It’s one of the most well-known birds and usually lives in different mountainous regions, at least 3300 feet up.

This vulture has always been both respected and feared. When its wings are stretched out, they reach a span of between six and nine feet long. So, with its wings, and strong curved beak, it brings fear into the heart of many an animal.

One of this specie’s striking characteristics is its plumage. Its feathers go through some changes from the time it’s born until it matures into an adult. As it grows, the bearded vulture goes through two molting cycles.

The first cycle begins when it’s one year old until its fourth year. The second cycle takes place between the third and seventh year, but these cycles change according to the individual.

Additionally, the species has sexual dimorphism. Sexual dimorphism makes it possible to differentiate between females and males thanks to different features that define their external physiognomy. For example, the females are larger in size and weight. In addition to that, their beaks and tails are longer.

They get a bad reputation because of how they feed, since they’re necrophages. However, their diet is fundamentally based on bone components in order to survive. This diet is called osteophagus and, currently, this species is the only one in the world that’s known to have this diet.

In order to better understand the type of prey that this bird captures, scientists have to make direct observations to collect more objective data when quantifying the specie’s diet.

Normally, adult specimens can only ingest bones with a size of 10 inches long and 1.5 inches wide. To solve this problem, and to be able to ingest larger bones, they have to break them.

In order to break them, they throw the bones against rocky surfaces to destroy them. That way, they can ingest them. They usually keep these rocky surfaces near their nests, sloped and exposed to the wind.

Usually, the adult individual will keep the bones, the rocky surfaces and his nest in the same place that he prepares and ingests the bones.

These birds mostly live in areas with little human population and they won’t live in places that have been touched by man. They usually live in mountainous areas.

Interesting facts about the bearded vulture

Also, this species is monogamous. However, scientists have observed polyandrous trios in the Pyrenees. Some believe that, as a result of the saturation of its habitat, birds of a reproductive age have a difficult time settling. 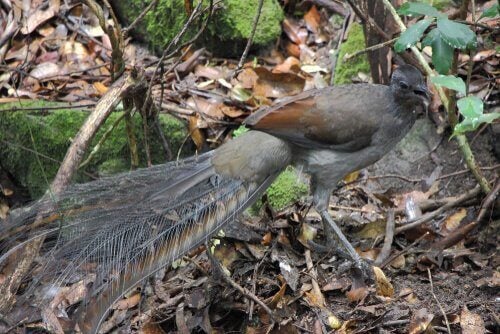 The Lyrebird and its Amazing Abilities
Originally from Australia, the lyrebird is among the largest songbirds on earth. Reaching up to one meter long, it has an increible reportoire of sounds. Read more »
Interesting Articles 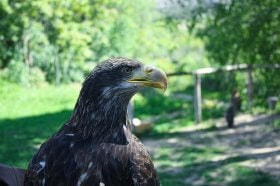 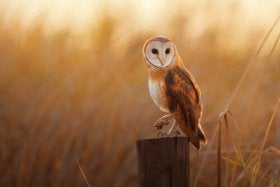 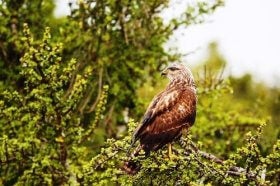 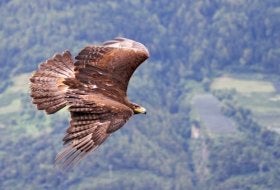 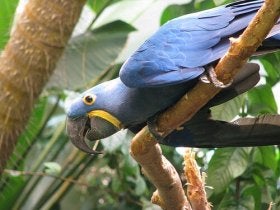