The Fairy Penguin: The Smallest Penguin in the World

Let's take a trip down under to meet the fairy penguin, the country's smallest and sweetest inhabitant. 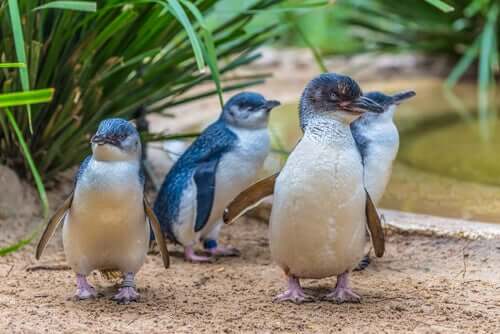 If you ever find yourself walking along the coast of Australia or New Zealand, you might just spot one of the region’s cutest inhabitants: the fairy penguin. Also known as the blue penguin, it is thought to be one of the smallest known species of penguin. If you want to know more about this amazing animal, read on!

The first written record of this species dates back to 1781. The description was written by naturalist Johann Reinhold Forster, who gave them their scientific name: Eudyptula minor.  Today, we know that there are several subspecies, although they are yet to be officially classified.

Their small size means that Australians generally call them fairy penguins. However, they are often called blue penguins in New Zealand, where they are also known by their Maori name, kororā.

The fairy penguin: characteristics and behavior

One of the most noticeable characteristics of the fairy penguin is its slate-blue plumage. Feathers cover its entire body, which usually measures no more than 15″ in height and generally weighs no more than 2 lbs.

Its cousin, the emperor penguin, can measure over 3 ft in height. There’s no denying that the fairy penguin has earned its status as the “smallest penguin in the world”.

These blue feathers cover most of its head and back. Its wings, vestigial structures that have gradually transformed into flippers, are also blue. From its chin to its feet, its feathers are a light grayish-white.

Unlike most penguins, fairy penguins are nocturnal. They usually live in large colonies, where pairs group together around their respective nests. During the day, they devote their time to finding food, so they can return to their nests at night to feed their chicks.

The fairy penguin: reproduction and diet

The fairy penguin reaches sexual maturity at around 3 or 4 years old. Mating season usually takes place between August and September. To ensure the success of their future offspring, fairy penguins stay with one partner throughout the breeding season, hatching and rearing their chicks together. Nests are usually located on the coast. A pair will usually lay one or two eggs, which hatch after a 36-day incubation period.

Due to their small size, fairy penguins tend to eat far less than other penguin species. They generally eat fish (such as anchovies or sardines), as well as small cephalopods and crustaceans. They usually stay close to the coast when searching for food, although they may also resort to diving when necessary.

These animals live all along the coast of Australia and New Zealand. Their size and coloration can vary from area to area, although these may be part of a separate sub-species. There have been sightings of fairy penguins in some parts of Chile, and even along the coast of South Africa. Many have speculated that there may be more, as yet undiscovered, populations elsewhere in the world.

In terms of conservation, experts don’t consider these animals to be endangered. The IUCN (International Union for Conservation of Nature) has classified them as “least concern”, but this doesn’t mean there aren’t still some threats to their survival.

For example, colonies that live close to human populations are most at risk of being hunted, and can often disappear due to habitat loss. Similarly, ocean pollution such as trash and plastic poses a serious danger to these tiny animals. 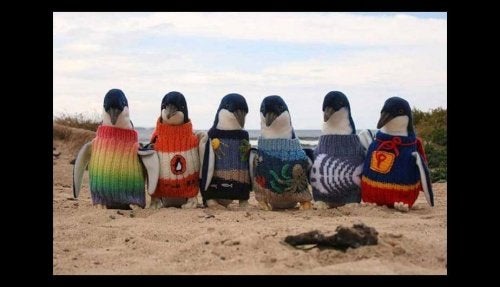 109-Year-Old Man Knits Tiny Sweaters to Help Penguins
At 109 years old, Alfred Date is doing something extremely important. He is the oldest person in Australia, and is fully aware of the web-footed birds that were affected by the oil spill on Phillip Island. Alfred knows how to knit sweaters, and that is what he did to help the penguins. Read more »
Interesting Articles 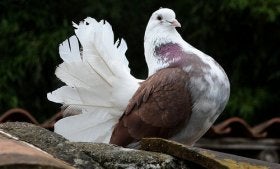 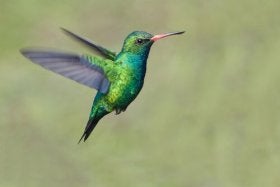 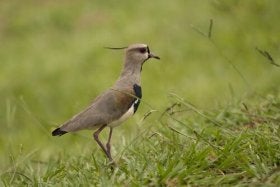 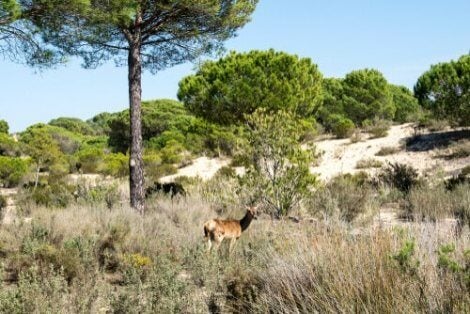