Discover What an Animal Sanctuary Is and How to Help

Many sanctuary facilities take their name very literally. They are a sanctuary for the injured, the discarded, and the abused, and they are not open to the public. 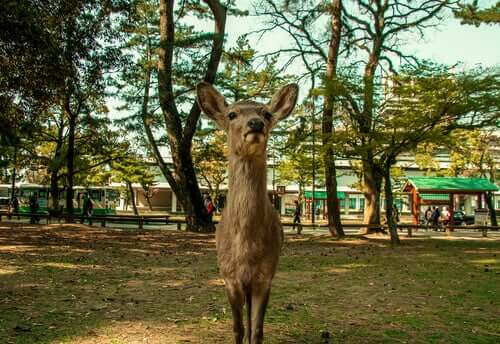 We live in a world where awareness of animal abuse is growing every day. You can learn from watching the news just how important it is to protect the animals and take care of them. As a result, an animal sanctuary is one of the alternatives that animal lovers have created in order to make a difference.

What is an animal sanctuary?

An animal sanctuary is a permanent shelter for animals that have been rescued from abusive situations. In other words, it’s like an animal rescue center that doesn’t give them up for adoption. Animals entering a sanctuary generally stay there for the rest of their lives.

Normally, sanctuaries are shelters located in unknown areas of the countryside. In fact, some won’t publicly communicate or expose their location in order to prevent theft, assault or animal abandonment near their walls.

There are other sanctuaries like the ones dedicated to housing dolphins who used to live in dolphinariums that were shut down. In this case, as you can imagine, the facilities will include swimming pools for these animals to live in.

Animals that you can find in sanctuaries

There are many sanctuaries that specialize in different species as well are those that rescue animals found in similar conditions. For example, there are sanctuaries that rescue horses or donkeys specifically. This allows volunteers and veterinarians to get to know their animals well and rehabilitate them properly.

However, there are other sanctuaries that rescue animals discarded from meat-consumption farms. These are sanctuaries with different kinds of animals: from cows and sheep to chickens, goats, and even some rabbits or bison. Some of these animals were there for leather production.

Some places are dedicated to rescuing animals from circuses and it’s common to see tigers, bears, and elephants in them. Others protect marine animals and, if they have space, can even have killer whales and other cetaceans.

Finally, it should be noted that any animal can suffer from abuse and it’s quite possible that there’s a sanctuary for them and their kind.

How an animal sanctuary is funded

The biggest challenge that animal sanctuaries face is funding. This is in part due to veterinary services and animal food being costly. However, sanctuaries can stand on their feet thanks to donations and contributions from altruistic individuals.

Every sanctuary has its own funding methods: some have formed partnerships, others create and host events through which they raise money, and others help each other using crowdfunding pages.

The reality is that there is little public aid or subsidies that sanctuaries can turn to, so the vast majority of the money they have is thanks to private individuals.

For this reason, they usually can’t afford to hire personnel so most sanctuaries operate thanks to the work of volunteers. These are people who help in whatever way they can without asking for anything in return other than the satisfaction of collaborating for a good cause, which is worthy of praise.

How to help an animal sanctuary

Each sanctuary has its own dynamics and workflow. Thus, if you want to help them out, contact them and they’ll tell you what you can do. What they usually ask for are financial or material donations: winter blankets, pallets, buckets, cleaning material, etc.

There are sanctuaries that need the help of more volunteers than others. A volunteer can do many different jobs: from cleaning the premises to working on the shelter’s exposure through social media, as well as in bureaucratic paperwork.

There are some who get some of their funding thanks to the guided tours they offer. They usually charge a symbolic amount or leave it to the visitor’s discretion to donate. All for the purpose of being able to pay for veterinarian services and animal food.

If you would like to collaborate or send a donation to one of these places, search the internet for animal sanctuaries and choose one that protects animals you identify with or that you are close to. The first step is to ask them directly what their needs are. People who run these places are often warmhearted and sensitive and will appreciate all the help they can get.

It should be noted that animal sanctuaries are nothing more than the result of a cruel and aggressive world that hurts animals. Thanks to these places, animals that have had a hard time can start living without fear and suffering again. We can all do our bit to help them further develop their work, so let’s collaborate!

Animal Shelters: Stop Animal Abandonment
In shelters, 8 out of 10 abandoned animals are mutts and more than half are seniors, while 30% are puppies. Solutions include sterilization, adoption, etc. Read more »
Link copied!
Interesting Articles
Wild Animals
5 Animals that Live in Grasslands