4 Ideal Bottom Feeders for Your Aquarium

There's a wide range of bottom feeders that you can include to help keep your aquarium clean. 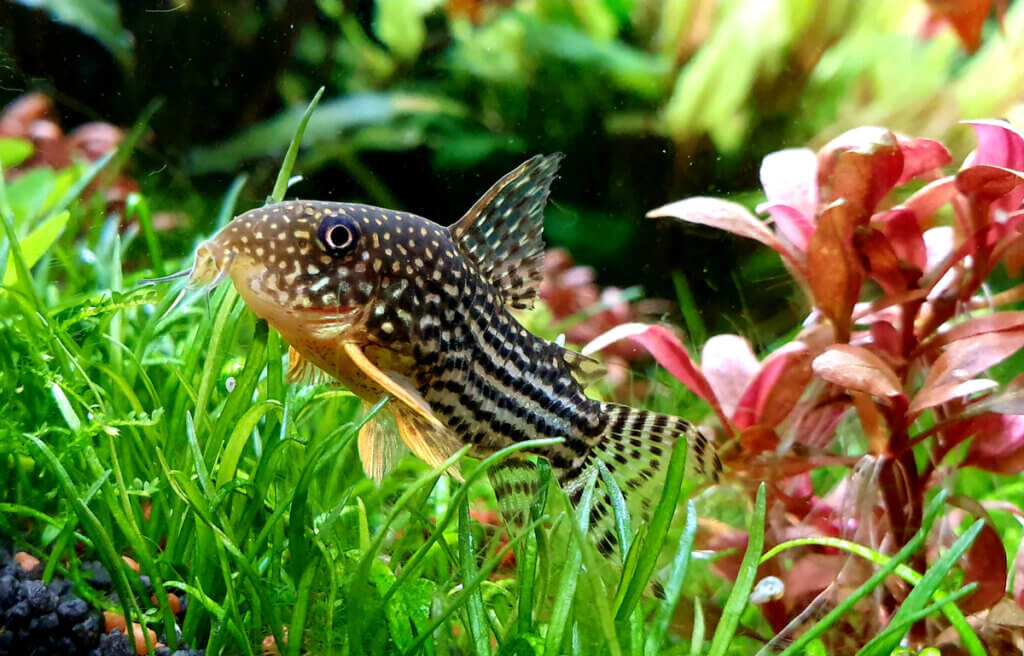 Setting up an aquarium is no easy task, with all the different things to think about, such as the water conditions, temperature, vegetation, and even the different species of fish. But one group of fish that can be really useful for keeping your aquarium clean are bottom feeders.

Bottom feeders are excellent for dealing with dirt in your tank. There are many different families and species of bottom feeders, and, in today’s article, we’ll tell you all about the most effective ones for keeping your aquarium clean.

What are bottom feeders?

Bottom feeders get their name from the fact that they eat algae and other organic matter from the bottom and walls of the aquarium. In biology, these fish (and other animals and plants) are referred to as benthos.

They’re no substitute for a good filtering system to keep your water in good condition, but they can certainly help contribute towards keeping your aquarium clean.

However, it’s important to note that these fish can’t just survive on algae and organic matter alone. You need to feed them too, and you’ll need to give them the right food.

But as long as you bear all these things in mind, they can make a great addition to your aquarium. Below are four species that you might want to consider getting.

1. The peaceful Cory Catfish, ideal bottom feeders for your aquarium

Cory catfish are one of the most popular bottom feeders. They’re calm and social freshwater fish, so you’ll need several of them to form a small school. These fish need an aquarium containing a minimum of 18 to 21 gallons of water.

There are more than 170 different species of Corydoras, and they’re generally very small, between 1.5 to 2.5 inches long. They look like small catfish because of the six “whiskers” around their mouth.

These friendly fish have no scales. Instead, they have bony plates over their body. They’re very popular for aquariums because of their lifespan, resilience, and appearance.

Plecos or suckermouth catfish belong to the Siluriformes order. They’re often used to keep aquariums clean, but it can be risky. Adults grow longer than a foot long and can even reach two feet! So, if you’ve got a small or medium-sized tank, you may want to opt for a smaller species.

These fish are covered with bony scales, except under their head and their flattened belly. Their mouths are shaped liked a suction cup and point downwards, giving them a rather unique appearance.

This species needs a minimum of 66 gallons per specimen, but the good news is that they normally get along well with other types of fish too. However, they’re very territorial and don’t tend to get on well with other members of the same species.

Ancistrus are small bottom feeders with distinctive patterns on their bodies. They’re similar to the plecos above, but they don’t grow longer than 4 inches, so they’re more suitable for smaller aquariums.

Like other similar species, they also have a flattened body with a suction-cup-like mouth, allowing them to feed on algae growing on the surfaces of the aquarium.

They’re normally gray or black, but you can also get albino, gold, red, and spotted varieties. It’s also easy to tell the males and females apart since the females don’t have whiskers.

Although it might not sound like it at first, these fish are very different from the others on this list. They’re normally just under two inches long and have a thin body, rounded at the back, with a flattened belly and head. They also have a mouth like a suction cup to feed on rocks or plants.

But, as strange as it sounds, these fish don’t swim. Instead, they jump along the bottom and cling to the substrate with their mouths. This is the strategy they use in their natural environment to avoid being swept away by the river current.

These fish can come in ocher yellow/gold, with black stripes and a white belly. They’re mainly herbivores, feeding on green and brown algae, small plants, and the microorganisms that live on them.

Dwarf-sucking catfish are nocturnal, remaining hidden during the day and coming out to feed at night. But, like other similar species, they’re quite sociable fish.

These are just some of the most popular bottom feeders for aquariums. But remember that they’re not going to keep your aquarium clean on their own. In order to do that, you’ll need a good filter system. Furthermore, they can’t survive just on algae. You’ll need to feed them too and give them the right food! 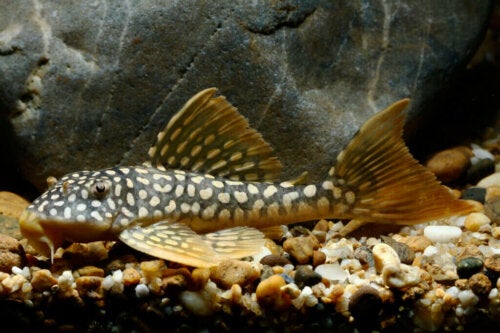 Natural Aquarium Cleaners
There are several options available when dealing with an algae infestation in your aquarium, but one of the best solutions are natural aquarium cleaners. Read more »
Interesting Articles 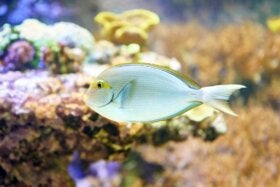 Fish
What Do Fish Eat?

Fish are fascinating living beings from an evolutionary point of view, as they have colonized one of the most inhospitable environments on Earth: the aquatic ecosystem. Whether freshwater or saltwater, these vertebrates have adaptations unthinkable in a terrestrial living being.… 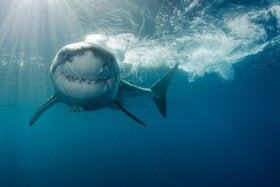 Fish
How Do Sharks Hunt?

Sharks are the most feared aquatic organisms in the world. Much of this fame is due to their immense size and ferocious jaws. However, these characteristics aren’t the only ones that make them top predators, as sharks hunt their prey… 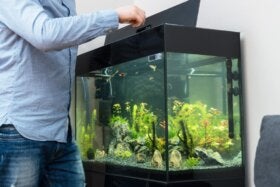 Fish
Aquarium Cycling: Everything You Need to Know

Fish are famous for their dazzling colors and peculiar shapes, so it’s common for many people to keep them as… 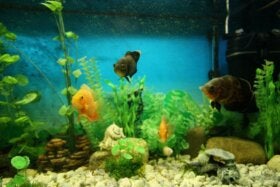 Fish
Cloudy Water in the Aquarium: Causes and Solutions

If you have a freshwater tank at home, you’ll know that you have to pay almost constant attention to it… 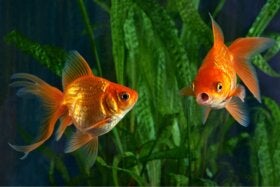 Fish
Why Is My Goldfish Aggressive?

The goldfish is one of the most popular fish among enthusiasts, as it’s adaptable and resistant to different types of water conditions. It’s often thought that they’re quite peaceful creatures, as they coexist very well with certain types of fish.… 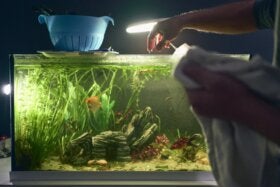 Fish
How to Light an Aquarium?

Fish don’t only need excellent food and a spacious tank, but they require a good lighting system to regulate their daily activities. For this reason, and to improve the quality of life of these organisms, we need to learn how… 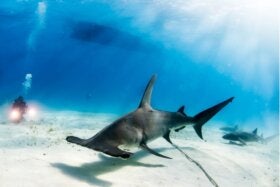 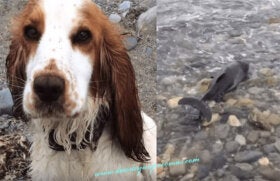 Each year, large numbers of healthy dolphins can get trapped on the seashore. This occurs due to factors such as… 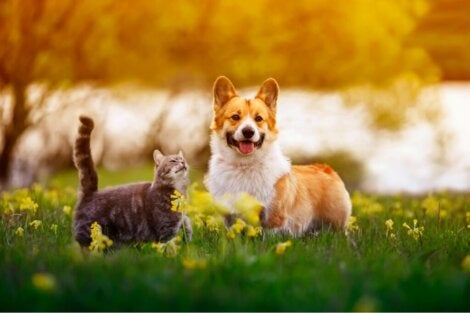 Dog owners know that a dog eating things it shouldn’t is an everyday occurrence. No matter how much training you do, some of these animals can’t resist the temptation to put the first thing they find in their mouths. But… 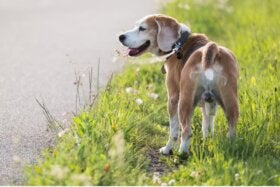 Illnesses and Treatment
My Dog Doesn’t Have Testicles: Why? 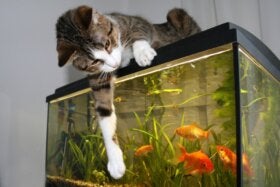 Domestic Animals
Can Cats and Fish Live Together?

Do you have a feline at home, but want to increase the number of pets under your care? Unless we’re talking about dogs, things get complicated on this front. Cats are instinctive and predatory animals by nature, so at first,… 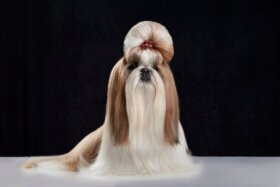 Dogs
The Differences Between a Pekingese and a Shih Tzu

Some dog breeds have such similar appearances that we can easily confuse them, and find it difficult to tell them…