Are There Scaleless Fish?

Scaleless fish inhabit many places of the planet: rivers, lakes and seas. Here are some types and their characteristics. 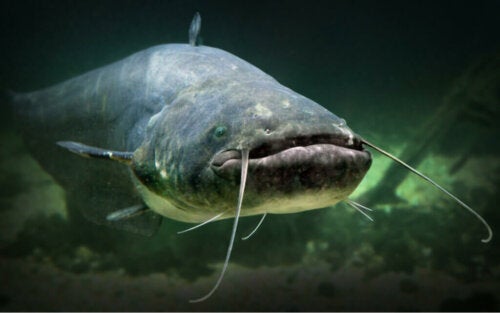 It may sound strange, but not all fish have scales. Fish are part of a very diverse group of vertebrates, as we can classify them according to their skeleton, jaw, habitat, and whether they have scaly skin. Find out all about scaleless fish!

Aquatic ecosystems can be very varied, as are the animals that inhabit them. Scaleless fish live in a variety of places, and have defense mechanisms to survive the attack of other animals. If you want to know more about them, read on.

Can a fish live without scales?

Scales cover and protect the body of the fish. They also help them in their swimming movements. These structures emerge from the dermis of the fish. The genes that participate in the formation of scales are the same as the ones involved in the development of mammals’ teeth and hair. The dentine that forms the enamel is present in both structures.

There are different types of scales representative of different fish groups: placoid, cosmoid, ganoid, cycloid, and ctenoid. With this variety and the protective function of the scales, we may wonder how evolution has selected scaleless fish. How do these fish protect themselves from injuries, predators and pathogens? What structures help them swim?

The absence of scales in these fish doesn’t mean that they’re limited. Natural selection has given these animals other strategies to survive in their environment.

Lampreys and hagfish belong to a very primitive group of fish: the Agnatha or jawless fish. Their appearance is very different from that of any other type of fish. In many parts of the world, they’re considered a delicacy.

Hagfish have a similar body, but lack the mouth funnel of lampreys. Furthermore, they use barbels as sensory organs.

These species are similar and they have a snake-like appearance, with a cylindrical body in the back and flattened in the front.

Congers are bluish-grey, with thick lips and small, conical teeth. These fish are nocturnal and take advantage of the holes in the terrain to stay hidden and stalk their prey at dusk, when they’re most active.

Eels live in freshwater and migrate to the sea to reproduce. Their appearance changes throughout their lifespan, but they’re scaleless fish. They have very thick skin that protects them from changes in temperature, while facilitating their cutaneous respiration when they crawl out of water. The famous electric eel inhabits South American waters, and can emit discharges of up to 850 Volts.

Morays also have anguilliform body, no scales, and secrete protective mucous layers. Moreover, they have very thick skin with a high proportion of slime-producing cells, which allow them to produce this substance easier than other eel species.

These fish hunt hidden in the sand and thanks to the slime, the grains of sand adhere to the surface of their skin, and subsequently to the walls of their lair, reinforcing their shelter.

The catfish stands out due to its large size, as it can reach up to three meters (10 feet) in length and exceed 200 kilograms (440 lbs). They’re the biggest fish in the whole of Europe.

These giants have no scales either; their skin is covered by abundant mucus. The barbels and olfactory papillae allow them to perceive chemical changes in the water.

This is a species introduced for sport fishing. In fact, they’re an invasive species in many regions, as they displace native species thanks to their adaptability to rivers, lakes, and reservoirs.

The chimera or rat fish

Another example of scaleless fish are the chimeras. These fish have a very striking appearance, with a prominent head, large eyes, and very long and flexible tail.

They live at great depths and they’re adapted to darkness. They have a scaleless body and a spine with which they can seriously harm their attackers.

As you can see, there’s a wide variety of scaleless fish adapted to very different environments, possessing various defense mechanisms.

Unusual Fish: The Deep Sea Chimera
In the deepest parts of the oceans are countless unknown and strange animals, such as the deep sea chimera. An unusual looking creature. Read more »
Link copied!
Interesting Articles
Fish
Different Types of Water for Your Fish Tank