8 of the Strangest Marine Animals to Amaze You

While there are probably marine animals that human beings haven't been discovered yet, the seas and oceans hide some peculiar species. 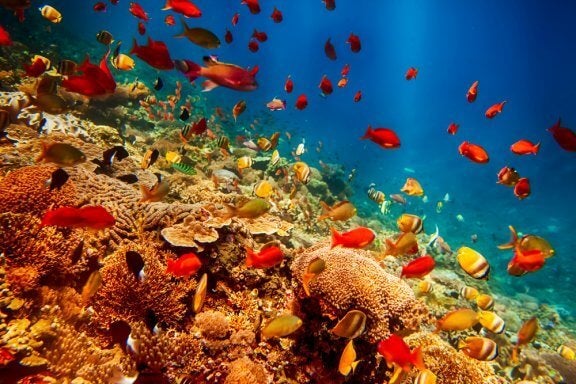 Here are eight of the strangest marine animals in the world! Prepare to be amazed at this glimpse into the wonderful world beneath the ocean.

1. One of the strangest marine animals: the hairy toadfish

Originally from the warm waters near Indonesia, this little creature moves around the seabed to find food. It moves slowly, using yellow fronds that earn it the nickname ‘hairy.’ To avoid attacks, it also hides among corals.

The hairy toadfish is the only one of its kind in the entire western Mediterranean and the Atlantic coast of Africa. To catch its prey, it jumps suddenly to surprise them. It belongs to the genus Halobatrachus, and is related to the batrachians.

It’s a deep-sea fish, meaning that it has luminescent organs that allow it to emit light in the depths of the ocean. It has phosphorus in its stomach and fins that creates this incandescence.

This decapod crustacean is a recent discovery. The Yeti Crab is one of the strangest marine animals around namely due to its shell which is covered in silk. They have different colonies of bacteria that live in the silky hair, however, little is known about their function. It’s believed that they serve as an antidote to toxic substances in the environment.

These strange marine animals live in the South Pacific. In 2005, it was found for the first time at more than two thousand meters depth, in a hydrothermal vent near Easter Island.

Another of the strangest marine animals is this one-of-a-kind squid. It’s about 30 cm long, and has a red and black layer that covers its body. Vampire squids live alone in the darkest depths of the ocean.

This fish, which resembles a pink pig, hardly reaches more than 15 cm in length. The pigfish spends its days sliding through the seabed of the Mediterranean Sea, and feeds and reproduces there. However, it’s very difficult to find, as it lives in depths of up to 800 meters.

These sea dragons stand out for their multiple soft and colorful appendages. They live on both the east and south coasts of Australian.

Thanks to its resemblance to seaweed, the sea dragon manages to go unnoticed by many predators. However, due to indiscriminate fishing, it is in danger of extinction.

Another fish whose appearance could frighten unsuspecting fish is the hatchetfish. However, despite its striking appearance, it barely exceeds 15 cm in length. This animal belongs to the marine fauna of the Atlantic and the Pacific.

It lives 600 meters below the surface, and has several hunting skills that make it a magnificent predator. Its greatest advantage is its ability to blend in with the dark surroundings. In addition, it has phosphorous in its body, which allows it to see its prey.

This animal is one of the oldest marine animals. It also is known as the eel shark or Chlamydoselachus anguineus. The shape of the slits of its gills has given it the nickname ‘frilled’ shark.

The frilled shark reaches a length of about four meters and is brown in color. However, its main feature is how flexible it is. To hunt, it uses a technique similar to snakes, in which it actually springs on its prey. This strange marine animal lives in the Pacific and Atlantic oceans.

Many strange marine animals have yet to be discovered

As we mentioned at the start, the strange marine animals we’ve described are just a sample of the many wondrous creatures that inhabit the seas and oceans around the globe. There are many others, such as the Japanese Spider Crab or the Hagfish. On the other hand, we’re sure that there are countless others that we haven’t even discovered yet. 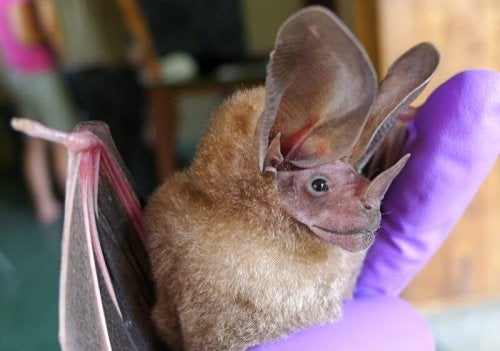 The Strangest Animals That Exist
No, they're not animations or edited photos... These are some of the strangest animals that currently exist. Did you know that humans know less than a fifth of all the animal species on the planet? Read more »
Interesting Articles 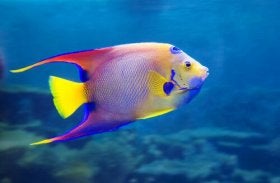 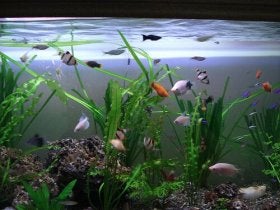