Medicinal Leeches: Do They Really Work?

Medicinal leech therapy is one of the oldest treatments in the history of medicine. It's still around today, for a few specific health problems. 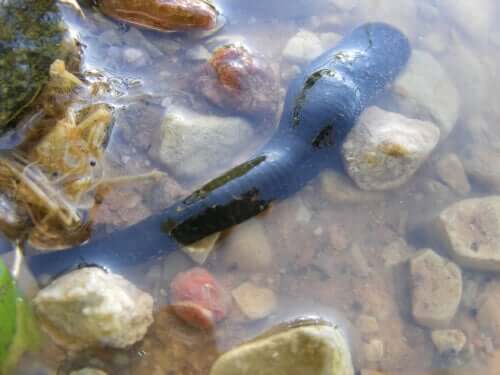 Leeches are hermaphroditic invertebrates in the Annelida phylum. There are lots of different species of leech, with a wide range of biological diversity. Today, though, we’re going to focus on their use in medicine, and one specific species, Hirudo medicinalis, or medicinal leeches.

The history of medicinal leeches

People have seen medicinal leeches as an indispensable medical tool all the way back to 3,500 BC, which is the earliest known reference to them that we’ve found.

We’ve seen references to them in some Babylonian and Egyptian archaeological findings, like the tombs of the Eighteenth Dynasty of Egypt (1567-1308 B.C.). They also show up in the Bible and the Quran.

Medicinal leeches and bloodletting were two of the most common forms of medical treatment in Ancient Egypt. Many other civilizations used them, too, though. We know that everyone from the Greeks, Romans, Mayans, Aztecs, to Mesopotamians used them.

It was Hippocrates, the father of medicine, who first introduced them to Greece. The technique was also backed by the philosopher Galen, who believed in the theory of bodily humors.

According to that theory, a healthy body had to have a proper balance in all four of those humors. So, if you were sick, it was because there was an imbalance. One way to solve that was to extract blood, our main humor.

In the Islamic world, bloodletting and medicinal leech therapy were also the two main medical techniques. There are references to them in books like the Kitab al-Qanun fit-Tibb and the Kitab al-Tasrif.

They show up in Ayurvedic medicine, too. Dhanvantari, the Hindu god of Ayurveda has four hands, where he holds a leech, a shell, an energy disc, and a pot with Amrita, the elixir of life.

Using them for medical treatment

Medicinal leeches became especially common as medical treatment in the Middle Ages. There’s a fascinating story about the pilgrims on the Camino de Santiago in Spain and leeches. As they walked, they would stop by ponds and rivers and bathe.

Many people thought it was what helped them continue on their journey. But the truth was, it was medicinal leeches that were helping. Why? The leeches would relieve the swelling in their bodies from all the walking. They also helped to prevent blood clots thanks to hirudin, a substance produced in their salivary glands.

This substance comes specifically from one species of leech, Hirudo medicinalis. That’s why these are the leeches we use for medicinal purposes, because they have so many healing properties. That’s also why we call them medicinal leeches.

The most interesting thing about them is all the substances in their saliva. It contains all kinds of things from vasodilators, anti-inflammatories, blood thinners, painkillers, bacteriostats, and anti-swelling agents.

Here are some of the things those substances can do:

The most beneficial substances are:

This treatment has no major side effects or negative consequences. There are also very few conditions or factors that would stop you from doing it. On top of that, it’s a painless, and relatively safe process!

We should mention that every Hirudo medicinalis is for one-time use. Another fun fact about them is that they’re pharma chemical machines with a powerful suction mechanism.

Having said that, there are still a few potential risks to using medicinal leeches. One of those comes from a substance in their intestines, the gram-negative bacteria, Aeromonas hydrophilia. They have a symbiotic relationship.

This bacteria secretes proteolytic enzymes to digest the blood. In return, the leeches basically provide it a safe home. Unfortunately, these bacteria can cause some problems for humans. That includes things like cellulite and abscesses, and even a loss of skin or more serious things like sepsis and meningitis.

Doctors recommend against using medicinal leeches for anyone with heart failure, immunosuppression, and any coagulation disorders or local, or widespread infections. In addition to that, they don’t recommend it for pregnant women and people allergic to any of the active substances in a leech’s saliva.

This age-old therapy is still practiced today. It has a proven effectiveness for the treatment of several conditions. That being said, the way to use them hasn’t changed at all over the centuries, so it might not be a good idea if you’re squeamish.

What on Earth Is the T. Rex Leech?
Tyrannobdella rex (T. rex leech) has very distinctive characteristics in regards to the rest of its family members --their teeth are five times larger. Read more »
Link copied!
Interesting Articles
Invertebrates
All About the Destructive Power of Termites