Carnivores have a specially designed digestive system that processes meat. Here are the most popular ones. 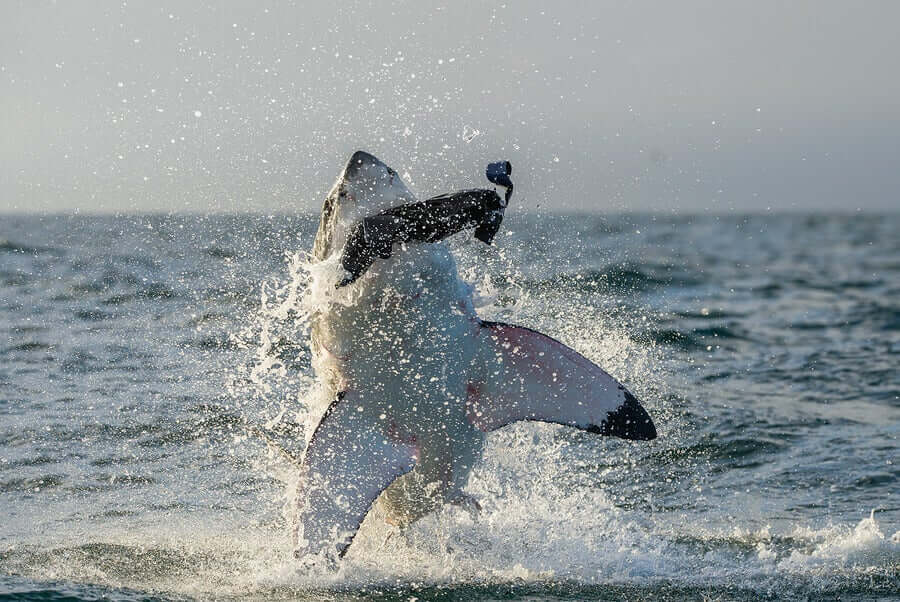 Usually, when we think of carnivorous animals, we have no problem naming several species. However, we usually only think about mammal or fish carnivores, yet not only these groups of animals eat meat. With a bit of research, we find out that carnivore or meat-eating animals are all over the animal kingdom. We’ll talk about some of the most amazing ones in this article.

We can begin by making a distinction between carnivorous animals that feed on insects and invertebrates (insectivores), fish (piscivores) or mammals (‘pure’ carnivores).

Types of meat-eating animals according to their diet type

As the name suggests, carnivorous animals’ food sources are of animal origin. Thus, carnivores can be classified into three categories, according to their diet type:

The “King of the Jungle” lives in Africa and feeds on large mammals such as wildebeests and zebras, its favorite prey. Occasionally, it can feed on carrion. In addition, even though both males and females are lethal hunters, it’s the females who provide the food for the herd.

Their diet is based on the consumption of dead animal corpses. Unlike other birds of prey, vultures often eat large dead animals abandoned by their hunters. Their thick beaks allow them to tear the skin and bones to extract all the meat available.

The great white shark is one of the most lethal meat-eating animals on the planet. Its attack is fierce and it’s able to devour its prey in only a few minutes. Its entire anatomy favors it greatly in both speed and strength. However, very occasionally it can feed on whale carrion.

Thanks to its large jaws, the crocodile can devour large mammal species in a matter of minutes. One of its catching techniques is unique: it approaches the water’s edge and remains very still until its prey falls into its jaws. In addition, it moves very quickly underwater. Once its prey is caught, it drags it until it drowns before devouring it.

This invertebrate feeds on insects and spiders, and sometimes on lizards or small rodents. It first poisons its victims with its powerful sting and then tears them to pieces with its claws. The process of eating its prey, however, can take hours.

The polar bear is one of the largest carnivorous animals in the world. Its favorite food is baby seals, although it also feeds on fish. In a single day, a polar bear can eat up to 65 pounds of food.

The pelican is one of the most interesting carnivorous birds we know of. It can feed on fish that are up to 12 inches long. Its diet can also include crustaceans, sea turtles, and some amphibians.

Pelicans fish alone while in deep waters, but can form groups while near the coast to pounce on schools of fish. In addition, they possess a ‘pouch’ under their beak and can swallow without chewing.

The gecko is a carnivorous reptile that feeds on spiders and insects, although in some cases they include centipedes and scorpions in their diet. Sometimes, they’ll also eat even smaller lizards and small birds. Thus, it’s an opportunistic hunter that doesn’t have a specific food preference; it eats what it finds.

Its name comes from its eight limbs and it’s a mollusk that feeds on small crustaceans and fish, and even algae. While hunting, it moves its limbs and attracts its prey’s attention before catching it using its suckers. Another way of achieving its goal is to position itself over the prey and swallow it with its beak-shaped mouth.

This is one of the most intelligent mammals – and they feed on fish (especially tuna). Its techniques range from surrounding schools of fish to group them and eat them, taking turns with other dolphins. In addition, they can produce loud sound waves that bounce off of fish and stun them. Some cetaceans can also use their tails to stun prey by striking them.

The cheetah, penguin, tuna, ocellated lizard, hyena, owl, swordfish, Florida turtle, firefly, squid, and snake are some of the other most popular carnivorous animals on the planet. Which ones are your favorites?

What Will Happen if People Stop Eating Meat?
This article talks about our environment and what would happen if the earth's population were to stop eating meat. Is there enough arable land? Read more »
Link copied!
Interesting Articles
Wild Animals
5 Animals that Live in Grasslands