All About Badgers: Characteristics, Habitat and Behavior

Badgers are nocturnal animals who have been around for millions of years; their sight is not very well developed due to their behavior and because they live in caves. Their hearing, on the other hand, is excellent, as is their sense of smell. 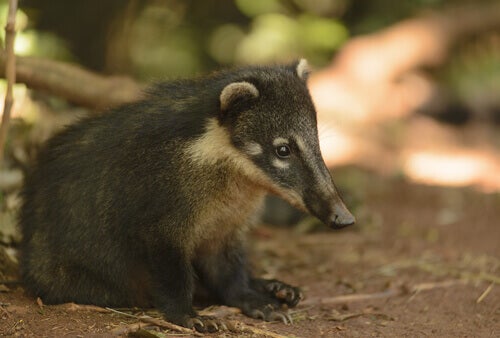 Famed for their digging ability, badgers are medium-sized carnivorous mammals characterized by their long snouts and black and white faces. Here you’ll learn all about badgers and their characteristics, habitat and behavior.

Stocky animals with short tails and bodies which are longer than they are tall, badgers have long, triangular heads, measure about 2.5 feet long and weigh up to 34 pounds.

Their legs are very short, but at the same time quite strong, especially the front ones. The snout moves quickly and can dig and root very well.

Their coats are part gray and part jet black; their abdomens and legs are black and they have a white head with two long, thick black stripes. Both the edges of their ears and the tip of their tails are white.

Each spring they lose a lot of hair, which is very soft. It’s often used to make paintbrushes and shaving brushes.

This animal prefers semi-arid and high mountain areas, and forests with some plant cover but with clearings and pastures where they can find food. They mainly eat worms, insects, and fruit, although, because they’re omnivorous, their diet can include bees, small reptiles, corn, carrion, vegetables, and invertebrates.

The badger is an ancient species; zoologists believe they’ve inhabited Earth for millions of years. Important subspecies live in the Iberian Peninsula and even in the Pyrenees. They live all over Europe, with the exception of northern Scandinavia.

These nocturnal creatures come out at dusk and are rarely seen during the day. They swim fairly well and can climb trees – they also run fast. When they feel threatened or detect danger they howl loudly.

The badger’s eyesight is not very well-developed because they evolved living in caves and moving about only at night. However, to compensate for this, they developed excellent hearing and, above all, a finely-tuned sense of smell.

They’re very sociable animals that live in groups of between 2 and 12 individuals, half of which are adults. They like to play with each other and help each other with hygiene rituals.

‘Clans’ of up to two dozen individuals live together in underground homes that they dig known as setts. These can be extensive and even have separate ‘rooms’: a main chamber which can be up to 13 feet high, ventilation ducts for clean air, escape tunnels in case of floods or other dangers, toilets for defecation, and a special crib for the cubs.

The females stay longer in the sett than the males; in fact, they usually remain in the sett where they were born for their whole life.

Mating takes place between spring and summer and copulation lasts about 90 minutes. The female has the ability to ‘store’ the fertilized egg for several months. Gestation lasts 65 days and each litter can have between two and six cubs. At birth, the cubs have white hair on their bodies and black hair on their heads.

The mother breastfeeds her cubs for three months, during which time she barely leaves the sett. The male doesn’t help take care of the cubs. Moreover, even after this stage the young remain in the same ‘room’ and the mother continues to watch over them.

Meet the Aye-Aye: The Largest Nocturnal Primate
The aye-aye is a peculiar species endemic to the island of Madagascar. As of today, it's considered an endangered species. Learn more in this article! Read more »
Link copied!
Interesting Articles
Mammals
Elephant Graveyards: Myth or Reality?