Matriarchy in the Animal Kingdom

There are times when females take the lead, either in human societies or in the animal kingdom itself, which is what this article will focus on. 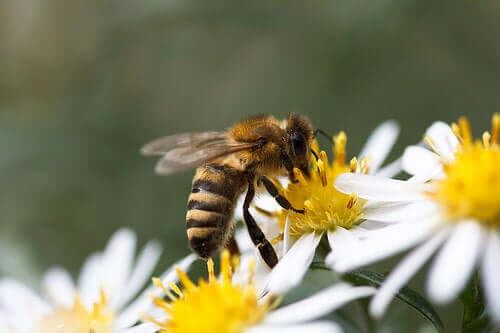 In many societies, women are the leaders. This not only happens with human beings, but matriarchy in the animal kingdom is one of the most common forms of organization. We’ll tell you about it in the following article.

What is a matriarchy in the animal kingdom?

This is the system of organization where females are the ‘head’ of the group. She makes all the important decisions, from migration to feeding and defense.

While we may know more about societies where males are in charge, there are several species where females rule. Below are some examples of matriarchy in the animal kingdom:

Life in a beehive revolves around the queen bee. She’s the mother of all the other individuals that make up the hive and decides how many males and females are born. Since they’re the only ones that can reproduce, colonies wouldn’t exist without them.

Colonies are mostly made up of females that dedicate their lives to hard work. They feed larva, collect pollen and build shelters. Males are only there for reproductive purposes and die once they’ve fulfilled their role.

The largest living land mammals focus their communities around females. However, herds are made up of both sexes. In their natural habitats, such as the African Savannah, it’s normal to see several herds led by one female. Her job is to find water and defend the young, if necessary.

Male elephants come second in daily life: once they reach adulthood they leave the herd to live on their own. They rejoin the herd during the breeding season and leave again once their job is complete. For the rest of the year, they live on their own with another male.

This cetacean is one of the largest animals on Earth and one of the most obvious examples of matriarchy. An adult female who is already a mother is in charge. However, a group of females can share this role.

Interestingly, orcas are one of the few species where children stay with their mothers throughout their entire lives, even after forming a family of their own. This is why orca pods consist of several generations. They are, of course, always commanded by the oldest female.

This African species, known to live in the desert or on the African plains, are also ruled by females. A gang of meerkats consists of about 40 individuals and is led by a female. Her job is to protect others, search for new territories, and provide the others with food.

While one female is the ‘alpha’, other females also have important roles within the gang. One may be in charge of caring for the young, while another guards the gang at night while the alpha rests, etc.

The modus operandi of ants are similar to bees because the two are related. Both species are descendants of wasps. Therefore, in an ant colony, there is a queen, whose main role is to lay eggs and fertilize them according to specific needs. She decides how many females (always infertile) she needs and how many males she will use only for reproduction.

Lemurs are primates native to the island of Madagascar in Africa and a clear example of matriarchy in the animal kingdom. They live in groups of at least 15 individuals and are dominated by females, who impose their ‘status’ through violence.

They always get to eat first and are known to take food away from males if they’re still hungry. What’s more, they’ll “push and shove” males that are resting in the females’ chosen spot.

Finally, we could talk about a ‘strange’ case of lions and lionesses within the examples of matriarchy. Even though a male is the alpha of a pack of lions, females are in charge of searching for food and stalking their prey. And, as they’re all related to each other, if females believe it’s necessary, then they’ll choose a younger, stronger male to lead the pack.

Curious Facts About Elephants
The elephant appears gentle and doesn't scare us in the slightest. Would you like to know some curious facts about elephants? Read more »
Link copied!
Interesting Articles
Birds
The Bali Myna: A Beautiful Critically Endangered Bird