Is Snake Venom An Unexpected Cure?

If you know anyone that's taking blood pressure medication, then it probably belongs to the class of medications that come from snake venom. 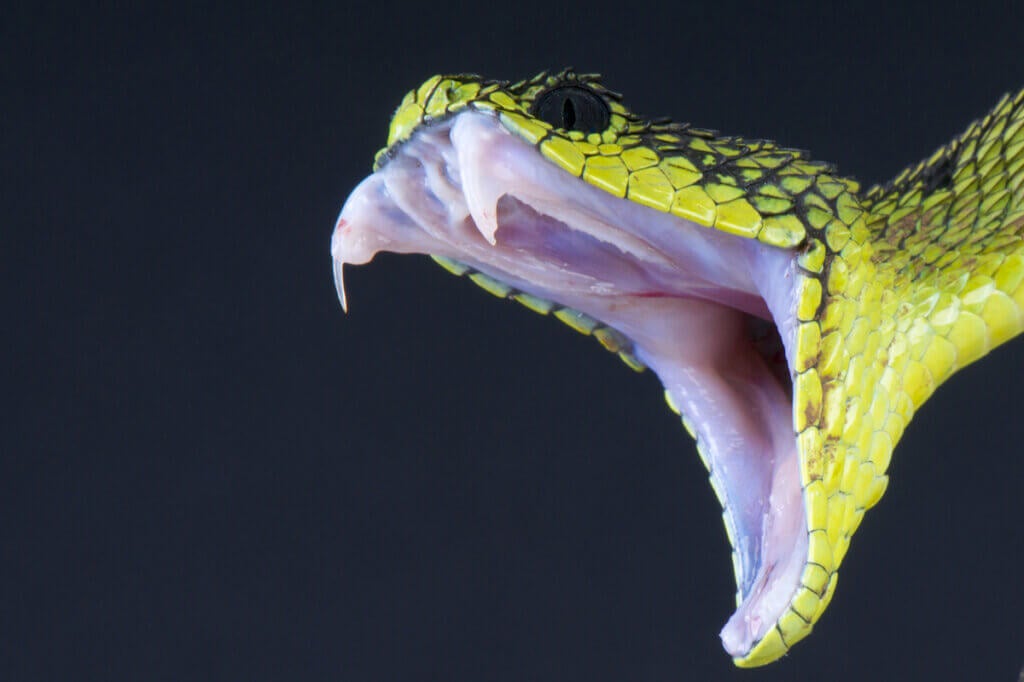 Are you afraid of snakes? Currently, there are approximately 3,000 known species in existence. However, only the snake venom of 450 of those species is potentially dangerous to human beings.

It’s worth mentioning that each snake species has developed its venom in order to achieve an exquisite specificity regarding weak points in their prey and predators. So, skilled scientists are attempting to unravel the formulas that nature has perfected for medicinal purposes.

It’s important to point out that venom can contain hundreds of different components. Therefore, this compound is a complex mixture of pharmacologically active components.

The nature of venom varies according to each species. What’s more, even within the same species, the composition changes sightly according to geographic distribution, age, sex, and diet. As for the components of venom, they possess different functions:

According to several studies, the toxins in snake venom evolved for millions of years to fulfill a specific function. With this in mind, scientists aim to isolate these toxins. And they hope to slightly adjust them and use them as the basis of new effective medications.

Exquisite selectivity is an advantage that these toxins have in order to use them as possible therapies. That’s because they minimize the possibility of undesired side effects. What’s more, given their potential, even small amounts can have significant effects.

Currently, there are innumerable possibilities when it comes to developing new medications. For example, pain killers, diabetes medications, and even for cancer treatments. In fact, right now there are medications on the market that were derived from modified toxins.

According to experts, an estimated 20 million toxins remain unexplored in nature.

Ancient knowledge and the use of snake venom

For thousands of years, humans have used snake venom for medicinal purposes. This includes Ayurvedic medicine, homeopathy, and traditional/popular medicine.

What’s more, in the world of ancient Greece, people considered snakes to be the gods of medicine. In fact, the symbol of the snake continues to be be used for medicine and pharmacy.

Various medications based on snake venom are already on the market

Currently, there’s a massive focus worldwide on the use of toxins in the development of new medications. Just the same, there are only a few of these medications already on the market. Many of these compounds inhibit blood clots in different ways and serve as a treatment against heart attacks. For example:

A source of new painkillers?

The toxins in snake venom also have the potential to become new painkillers. For example, the toxin crotalfina, from the venom of the Crotalus durissus is capable of inducing pain relief through modulation of opioid receptors.

In 2012, a group of researchers found peptides with analgesic effects in the venom of the black mamba, Dendroaspis polylepsis. These toxins, known as mambalgins, function by blocking ion channels in the neurons that transmit pain.

This study led to a renewed interest in ion channels as a therapeutic target. Unlike drugs like morphine, the advantage of mambalgins is that they maintain their effectiveness despite continuous use. Scientists hope that these toxins will lead to the development of a non-addictive alternative to morphine.

It’s very interesting to know that certain proteic toxins in many snake venoms possess a particular molecular structure. We know them as three-finger toxins (TFT), which usually correspond with the most active components of each venom.

This group of toxins is already in use thanks to the action it produces on blood vessels. For example, the Muscarinic acetylcholine(MTα) offers treatment for blood pressure disorders. Other toxins–like KT-6.9–are useful in treating blood-clotting disorders.

Currently, scientists know more than 700 protein sequences of TFT, and new members are added every day.

What’s more, in the last decade, scientists made new discoveries regarding TFT. These include structural variations and new types of biological activities for the TFT they already know. Below are some of these unexpected activities:

Snake venom is a very powerful and useful tool both for snakes themselves and also in terms of medical treatments. Hopefully, the development of new antivenins will reduce the number of people who die from snake bites.

What’s more, the discovery of the next generation of medications could combat heart attacks, strokes, and even cancer. It all depends on the hidden secrets that snake venom contains.

The Vomeronasal Organ in Snakes
Many vertebrates can gather information from the air using the vomeronasal organ. In this article, we'll tell you all about it. Read more »
Link copied!
Interesting Articles
Reptiles
Boa Constrictor: Characteristics, Behavior, and Habitat