The conservation of species and natural habitats is essential for the protection of our national natural heritage. 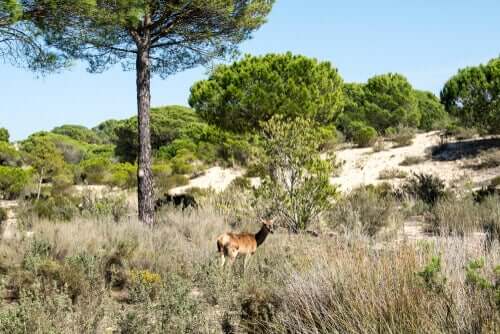 The Natura 2000 Network is a European ecological network of biodiversity conservation areas. It’s part of European Union initiatives to preserve the natural spaces and resources of Europe’s natural heritage.

In 1992, the Natura 2000 Network emerged as a result of the Habitats Directive, Directive 92/43/EEC. This directive relates to the conservation of natural habitats and wild fauna and flora.

This network aims to guarantee the maintenance or restoration of natural habitats and the species that live there.

Objectives of the habitats directive

The Habitats Directive aims to protect natural habitats and wild species in the European Union through the establishment of an ecological network and a legal framework for protecting species. However, this directive doesn’t cover birds.

The directive identifies more than 200 types of habitat and more than 900 species of interest. It then states that measures should be taken to maintain or restore them to a favorable condition.

The directive urges the importance of establishing functional links between these areas and the surrounding areas in order to maintain ecological coherence. It also aims to establish a global protection system for wild species and to regulate their exploitation.

Annex V includes species of community interest where measures to regulate their capture or exploitation apply. In annex VI, there’s a list of prohibited methods and means of capture and slaughter.

What were the objectives of creating the Natura 2000 network?

The Natura 2000 network also relates to the Birds Directive on the conservation of wild birds, Directive 2009/147/EC. This is because it includes areas for the protection of birds and their declared habitats.

The aim of the Natura 2000 network is to guarantee the conservation of certain habitats and species. In order to do this, it has special areas for their protection and conservation.

The network consists of:

The Natura 2000 Network in Europe

Based on the Habitats Directive, each State proposes a list of places that might be important to the European community.

From the national lists, the European Commission then prepares an SCI List in collaboration with the individual states. The Habitat Committee then receives the list and decides whether or not to approve it. Once approved, individual states designate these places as special conservation areas as soon as possible.

The Birds Directive, on the other hand, doesn’t have a standardized procedure for the selection and designation of SPAs.

It’s enough that the criteria is scientific. In fact, the European Commission uses BirdLife International’s inventory as a benchmark.

The Natura 2000 Network in Spain

The Birds and Habitats Directives is part of the Spanish legal system through Law 42/07 on Natural Heritage and Biodiversity.

Animal Rights and Protection Laws – Future Challenges
Despite all the progress, it's quite evident that there's still a long way to go before we have a society where animal rights and protection laws prevail. Read more »
Link copied!
Interesting Articles
Birds
The Bali Myna: A Beautiful Critically Endangered Bird