Wild and domestic animals are different. For one, the first haven't evolved for human needs. Similarly, a domesticated animal couldn't survive in the wild. 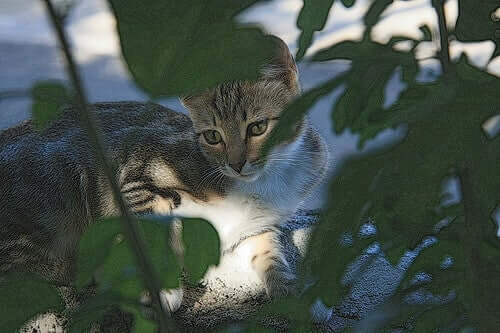 Wild and domestic animals are different and being aware of this fact is essential in order to preserve the species and not create unnecessary risks.

Differences between wild and domestic animals – habits and biology

Wild animal beauty is so impressive it definitely catches your eye. But there must be more awareness about the differences between wild and domestic animals.

Condemning a free-spirited wild animal to a life of confinement in a home is an act of cruelty. These creatures aren’t exotic fashion accessories or trends for people to display. So, nobody has the right to imprison them.

Here are the three main differences between wild and domestic animals that might help you understand why we must ensure their well-being.

Domestication is the result of a very long and complex adaptive process. And some species have adapted to a life with humans throughout their historical development.

There’s no agreement regarding the explanation of why exactly it happened with some animals and not with others. The version most accept is some species have a natural predisposition for it.

Dogs might just be the best example of the domestication phenomenon. The assumption is that it all started when the meekest wolf in an ancient pack approached a group of humans and these offered them shelter and warmth. Then the humans realized they could keep them around as companions and to protect their family and also to optimize their hunting strategy.

Thus, there was a gradual genetic transformation from wolf to dog, in addition to the external factors and cultural changes. And this allowed the emergence of the many breeds of dogs we know today.

Dogs and cats are domesticated animals. So, even though you might be able to interact with a wolf to a certain degree, you’ll never be able to tame them as with most wild animals. This is not about training, it’s in their genes.

Characteristics of childhood in adulthood

This might just be the most important of all differences between wild and domestic animals. What it means is that some animals can maintain the characteristics of their childhood throughout their lives.

This explains why dogs and cats can keep most of their instincts at bay and live with humans as members of our family. Wild animals don’t possess this genetic trait and will eventually develop their instincts, even when bred in captivity.

Thus, raising a wild animal is as dangerous for humans as it is for their species.

You must forget the notion that wild animals need human protection. In fact, most of them are a lot more independent than human beings.

Freedom is an essential condition for the healthy development of wild animals. And, in order to develop properly, they need to sharpen their instincts and be autonomous. Humanizing them is cruel and unnecessary.

Societies develop habits and trends during their development and some of these are massively scattered throughout the media and give rise to fashion.

For example, anorexia and bulimia are disorders that ruin the health of many people. This is because the trend is to be overly skinny, like a model. Who doesn’t want to fit in and enjoy the latest in fashion!

Unfortunately, these trends also affect animals every day. There’s a different kind of fashion furor every decade for certain species. One can explain this phenomenon partly by the shows and movies people watch and also in large part by the behavior of the rich and infamous.

This is because such people become icons and the weaker-minded try to imitate their behavior in order to “improve” their quality of life through “higher” self-esteem.

It doesn’t hurt to be aware that there are laws against keeping wild animals as pets. Every country has a detailed list of species considered illegal, especially exotic ones.

We must also clarify that captive breeding of endangered species is illegal. A person will be subject to serious economic sanctions and legal penalties if caught.

Wild animal trafficking is a sad reality in many countries. So, you must pay attention to the origin of the animal you’d like to adopt and carefully consider its source. It’s best not to negotiate with individuals or stores that don’t have an official registration recognized by an official entity.

This is because you could be the one financing the animal black market and that’s a crime in most countries.

So, respecting the differences between wild and domestic animals is one of the best ways to live in harmony with our environment.