We're making great advances when it comes to laws for domestic animals, but how about wildlife protection laws? In practice, it seems the regulatory development for those species doesn't have the same considerations. 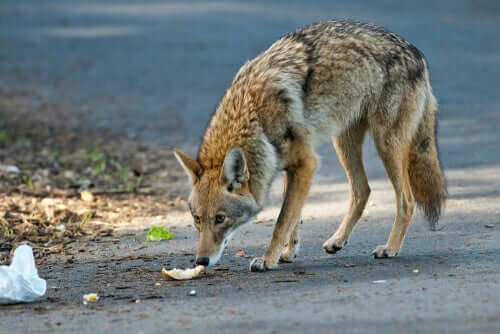 There are several federal wildlife protection laws and many of them have a very specific purpose. Protecting the bald eagle, for example. However, the most important one is for preserving wildlife: the U.S. Endangered Species Act (ESA).

So, the FWS must develop and implement recovery plans for each species on the list. As well as cooperate with every state to monitor how effective the plans are. However, animal activists still think that wildlife protection laws are scarce and ineffective. Consequently, the native fauna remains in a state of high vulnerability.

The main federal law about animal care and conditions is the Animal Welfare Act (AWA) of 1966, amended in 2007. This is the only US Federal law that regulates the treatment of animals in research, exhibition, transport, and by dealers.

Other laws, policies, and guidelines may include additional species coverage or specifications for animal care and use. However, all refer to the Animal Welfare Act as the minimum acceptable standard.

Note that animal rights groups have strongly criticized the AWA for excluding birds, rats, cold-blooded animals, and lab mice as well as animals merely raised for food or textiles.

Practices such as ear cropping, tail docking, rodeo sports, and other acts are still legal in this country and thus condoned most of the time. Additionally, the penalties for cruelty, if pursued, are still minimal. Currently, 46 of the 50 states have enacted felony penalties for certain forms of animal abuse.

When the Lacey Act was first passed in 1900, it became the first federal law for wildlife protection. It enforces civil and criminal penalties for the illegal trade of animals and plants. Today it regulates the import of any species protected by international or domestic law and prevents the spread of invasive, or non-native, species.

Under the Lacey Act, it’s unlawful to import, export, sell, acquire, or purchase fish, wildlife or plants that are taken, possessed, transported, or sold:

This law covers all fish and wildlife and their parts or products. It also covers the plants protected by the Convention on International Trade in Endangered Species of Wild Fauna and Flora (CITES) and those protected by State law. Any commercial guiding and outfitting qualify as a sale under the provisions of this Act.

In 2008, the Lacey Act was amended to include a wider variety of prohibited plants and plant products, including products made from illegally logged woods, for import.

Undeniably, the world has significantly advanced in regard to animal protection laws in recent decades. However, it’s enough to observe the conservation status of some species to realize that wildlife remains in a state of vulnerability.

For example, about 600 specimens of Iberian wolf were found dead in 2017. All these deaths are directly or indirectly related to human activities, such as poisoning, hit and run, and hunting for sport.

You may not know it but the Iberian wolf is one of the species protected by the Convention for the Conservation of Wildlife and the Natural Environment in Europe. Despite the protection of this species in some countries, the specimens that live north of the Douro have an exemption from this protection and can legally hunt them.

The complex and contradictory situation of the Iberian wolf is a clear demonstration of the serious limitations of animal protection laws. However, we can all do our part to protect wildlife by reporting cases of animal abuse to the competent authorities.

We hope you’ve enjoyed this article. Be sure to read our featured article about whether wild animals make good pets.