What Are Oviparous Animals?

Did you know that there are a couple of mammals that fall under the classification of oviparous animals? Discover them below! 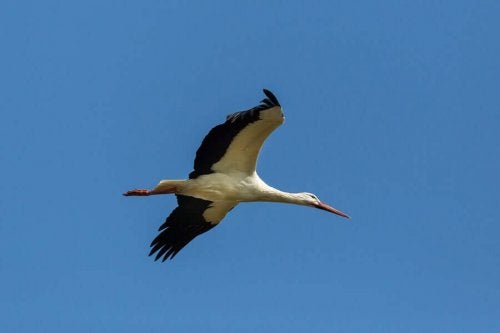 Oviparous animals are those whose offspring are born from eggs. In short, they’re egg-laying animals. Although this group of animals is mainly made up of birds and insects, the vast majority of fish, reptiles, and amphibians are also part of this group.

The offspring’s development occurs outside their mother, and this form of reproduction greatly favors the survival of the species. As a result, eggs allow a greater number of offspring to be born than in other animal species. In addition, the egg’s structure prevents the fetus from drying out in warm regions and breaking up if in the water.

It should be noted that there are hybrid animals, that is to say, they aren’t completely oviparous or viviparous. These kinds of animals are called “Ovoviviparous”. In these cases, once the female is fertilized by the male, the eggs remain inside her womb until they complete their development. This is the case with certain species of sharks.

After being fertilized, female sharks incubate the eggs inside their bodies until the embryos are sufficiently developed. The eggs then hatch inside the mother’s womb and the young ones finish developing once out of the eggs.

Oviparous animals care for their eggs in a different way than other species. For example, birds build nests in tree branches, among rocks or even on the ground. After laying, they spend several days or weeks nursing the eggs (sometimes the females, sometimes the males) until they are ready to hatch.

Turtles dig a large hole in the sand and bury their eggs so that they’re safe from predators during their development. After leaving them well hidden, they part until the hatchlings are born. Amphibians and fish, on the other hand, lay their eggs in water and also ‘abandon’ them to their fate.

Some examples of oviparous animals

After fertilization, the female stores the sperm and thus controls how many eggs she will fertilize. Each of the eggs she lays can be deposited in a cell previously supplied with pollen and nectar, or in a “shared” space with other females. In addition, all the female bees will be responsible for feeding the newly-born bees, regardless of whether they laid those eggs or not.

This large reptile deposits clusters of eggs after digging a hole in the sand, and can also build nests using vegetation. A very striking aspect of this animal is that the incubation’s temperature will determine the offspring’s sex. Therefore, if the temperature is around 86°F, the hatchlings will most likely be female. If the temperature is higher than that, they’ll be males.

This bird is one of the most common birds in urban environments, and they’re very well known. Females can lay up to four or five eggs per each clutch, during the same season. In total, sparrows can do 4 layings and up to 20 chicks in total. Moreover, the most curious thing is that the sparrow couple will take turns to incubate their eggs. The eggs take around 10 days before they hatch.

These birds breed in agricultural areas, near wetlands or swamps. Nests can last several seasons since they’re built with sticks and branches on top of trees, or on any raised artificial surface, such as buildings. Stork couples have one clutch per year with an incubation period of one month. These clutches can hatch up to 4 chicks per year.

The echidna and the platypus are the only two mammals that belong to the oviparous animal group. Both are a true rarity in the animal world, and their appearance is unusual to say the least. The echidna looks like a hedgehog and, as an oviparous animal, it’s worth noting that it’ll only lay one egg per clutch.

The platypus, on the other hand, looks like a cross between a duck, a beaver, and an otter. In addition, it’s a poisonous mammal that usually only lays two eggs per clutch, however it can also lay one or three.

We hope you enjoyed learning about these fantastic and rare animals as much as we did!

Have You Heard About the Curious Echidna?
Read all about the curious echidna, which is related to the hedgehog and porcupine. This marsupial sports quills and eats all kinds of insects and worms. Read more »
Link copied!
Interesting Articles
Wild Animals
5 Animals that Live in Grasslands