Home » Breeds » Cats » A Concise History of the Domestic Cat

A Concise History of the Domestic Cat

Throughout history, the domestic cat has come to symbolize many different things, from the incarnation of an Egyptian goddess, to a symbol of witchcraft. But how has life changed for our feline friends over the years? 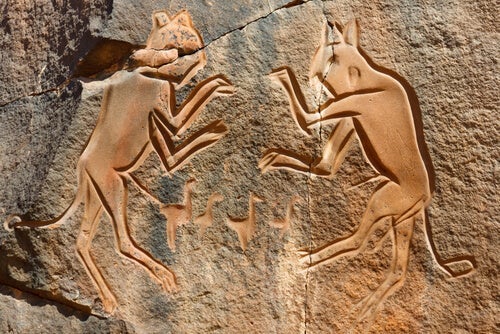 The bond between cats and humans dates back many thousands of years, perhaps even as far back as 7000 B.C. Since then, it would be fair to say we have had a rather turbulent relationship with the humble domestic cat.

It would take much more than a brief article to cover all the many representations of cats throughout history. So today, we’ll try to outline some of the moments that have shaped our relationship with our feline friends.

The domestic cat in Ancient Egypt

Throughout their time in Ancient Egypt, cats had a close association with the goddess Bastet, also known as Ailuros. Depictions of the goddess were always distinctly feline in nature, either showing her as a black cat, or as a woman with the head of a cat.

Worship of the goddess Bastet was particularly popular in the ancient city of Bubastis. Modern day researchers have found many mummified cats in the remains of the city. They believe that these cats were incarnations of the goddess Bastet herself. As a result, the people mummified them upon death as a way to honor them. Normally, this ritual was reserved only for nobles and pharaohs.

According to Ancient Egyptian beliefs, the goddess Bastet was the protector of pregnant women and the home, and had the power to drive away evil spirits. While Bastet was often shown to have a gentle, affectionate side, her role as guardian meant she could also be stubborn and fierce.

The Ancient Egyptians were famous for the great love and respect they showed toward animals. Other Ancient civilizations, such as the Greeks, even commented on the Egyptians’ habit of sharing their home with animals, and treating them like part of the family.

Of all the animals they tried to domesticate, the Ancient Egyptians had most success with the domestic cat. Their mutual understanding of the importance of liberty and independence played a key part in strengthening the bond between man and feline.

The domestic cat and the story of the Flood

The Flood is one of the best-known Bible stories, and has been the inspiration for many pieces of artwork and movies. The story of the Flood centers on the characters of Noah and his family. In it, God instructs Noah to build an enormous Ark to save one pair of every species on Earth.

But what many people don’t know is that the story of Noah’s Ark is also one of the most ancient accounts of the birth of the domestic cat. Legend (not the Bible) says that Noah never actually took cats on the Ark with him. People claim that that was because there were no cats on the planet at that time.

According to legend, Noah was surprised at how quickly the rats on board the Ark bred and multiplied. With limited supplies, this soon grew to be a huge problem, and not knowing what else to do, Noah asked God for help. In response, God told him to Noah stroke the lion’s head three times.

Not knowing what would happen, Noah did as he was advised, and stroked the lion’s head. On the third stroke the lion sneezed, and to Noah’s surprise, a pair of cats flew from its nostrils.

Almost immediately, the cats understood why they were there, and used their natural hunting ability to control the rat population.

This, of course, is not in the original Bible story, but it’s an interesting story nonetheless.

The cat in the middle ages

The Middle Ages was undoubtedly one of the darkest and cruelest times for the domestic cat. For more than 1000 years, cats – and in particular black cats – were persecuted and even burnt at the stake because of their supposed connection to witchcraft.

When the persecution of witches was at its most extreme, people often referred to cats as “satanic creatures”. Their behavior, nocturnal habits, and even the belief that they have nine lives, meant that cats had an association with acts of heresy and dark magic.

There were many myths surrounding cats during the Middle Ages. People believed that their eyes could light up even the darkest of nights so that witches could perform satanic rituals. Another legend said that the devil himself would take the form of a black cat to get closer to humans.

Unfortunately, there are still people that dislike and even fear black cats as a result of the superstitions that took root during the Middle Ages. This is why it’s so important for people to discover the history of the domestic cat, and understand them better. 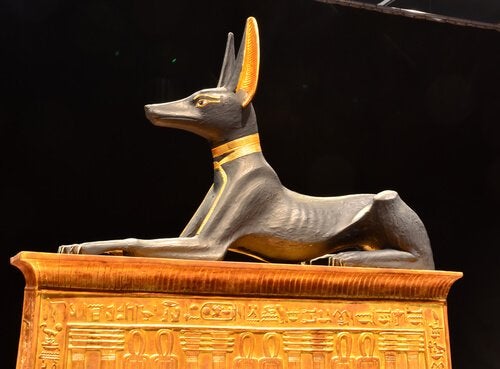 The Role of Dogs In Ancient Civilizations
Dogs in ancient civilizations played an important role. We'll tell you all about the history of dogs and for just how long dogs have been man's best friend. Read more »
Interesting Articles