In this interesting article, learn all about the American Shorthair cat. 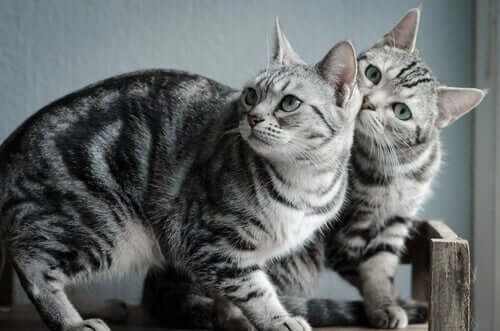 The American Shorthair is a cat with many virtues. This is one of the strongest and healthiest cat breeds around.

What stands out most about the American Shorthair is its resistance to not developing genetic disorders. This breed is created from the crossing of highly resistant domestic breeds, resulting in physically strong cats.

Origin of the American shorthair breed

Many experts believe that the American Shorthair cat has existed since around the year 400 A.D.

As for its origin, it’s believed that this breed originated in England and was subsequently developed in other parts of Europe. Then, it emigrated to other continents.

When it arrived in America, the breed began to be used to work in stables and pastures. This could have enhanced the breed’s strength and maturity. Although it’s a rare cat, it is particularly beautiful.

In comparison to others, it’s a very attractive breed. However, since it’s been crossed with other breeds, the American Shorthair has lost its purity.

Nowadays, there’s no record of the breed in its state of purity. The American Shorthair is even treated as a stray cat in some parts of the world.

This breed is characterized by its elegance and good health.

The most striking American Shorthairs are shaded silver. It’s estimated that more than a third of the cats of this breed maintain that color. It’s a unique combination of spots with a striking shiny background.

This breed is neither too clingy nor too distant. Despite this, the American Shorthair cat is characterized by the fact that it’s very easy-going and affectionate. Many families often choose it to become an important part of their household.

Another interesting aspect is that it’s a cat of moderate energy. It’s ideal for those who want an animal that won’t cling to them too much.

In addition, this breed is incredibly resilient. It gets along very well with children and other animals, and doesn’t usually tend to cause major problems of coexistence.

It’s important to note that this breed really enjoys its freedom. For this reason, sometimes the American Shorthair doesn’t value caresses and displays of affection as much as you may like. This cat has a great personality.

This is a fairly healthy species. The best thing about this breed is that it usually doesn’t develop genetic bacteria, which greatly lowers its risk of developing a number of diseases. Still, it’s important for you to take it for veterinary checkups.

As for eating habits, it’s important for you to feed it good quality food. Among other things, this helps preserve this animal’s wonderful fur.

The American Shorthair is an ideal cat to keep indoors. It doesn’t mind sharing its family with other species, and they have no problem living with children and other pets. For many, this breed really makes the perfect pet. 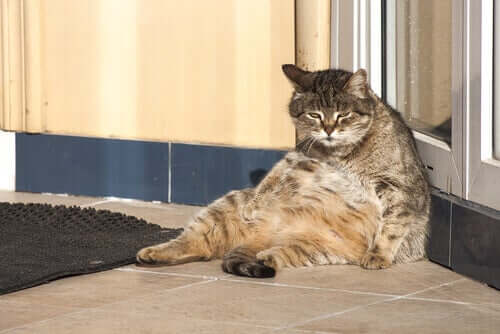