International Cat Day Around the World

If you want to celebrate International Cat Day, you actually have a number of different dates to choose from. At the same time, it's important to make sure you appreciate your cat in your every day life. 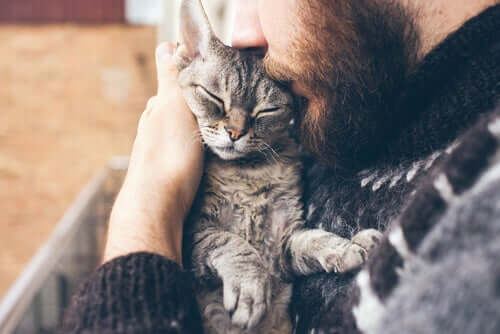 Last month, many countries celebrated International Cat Day. Cats have been at mankind’s side for thousands of years. During this time, they have helped us control rodent and pest populations, kept our homes bug-free, and dazzled us with their great elegance and beauty.

Today, cats rule the internet. Thousands of pet cats have their own profiles on social media, gaining millions of followers from around the world. While many of these followers start out as simply curious, they often become true cat lovers. Mischievous, loving and always purring, cats have well and truly stolen our hearts.

Given the millions of followers and fans out there, you might find yourself wondering why cats continue to be mistreated, persecuted and killed in countries all over the world? And why do we dedicate, not one, but five days to them every year?

Why do we celebrate International Cat Day?

The ultimate goal of International Cat Day is to promote the protection and welfare of all animals.

Although it has been celebrated in Europe since 1900, the idea of celebrating International Cat Day received greater attention after the death of Socks, the Clinton family cat. Adopted by President Bill Clinton’s daughter back in 1989, the cat featured heavily in the press when he moved into the White House.

The news that Socks had died as a result of a malignant tumor was announced on February 20th 2009. Thanks to the soaring popularity of social media, people around the world have commemorated this day ever since.

As rescue centers and shelters in the US struggled to cope with the rising numbers of cats in their care, a specific day was also chosen to promote cat adoption.

When is International Cat Day?

As we’ve already mentioned, you’ll probably celebrate International Cat Day on a different day, depending on where you live. In the US, and many other countries around the world, it takes place on February 20th. Both the International Fund for Animal Welfare and other animal protection groups use this day to celebrate our feline friends, and highlight the importance of respecting animals.

In Europe, International Cat Day is February 17th. In 1900, famous Italian journalist Claudia Angeletti published a survey in which she asked readers to choose a special day to celebrate cats. They chose this day for a number of reasons. For one, February was said to be the month of witches, who have long been closely associated with cats.

Animal welfare activist, photographer, designer and feline rehabilitator Colleen Paige announced that October 29th would be National Cat Day in the US. Paige chose this date because of the alarming number of cats that had been abandoned in the country in recent years.

In Russia, where more than 50% of households own at least one cat, International Cat Day is March 1st. The Russians have always adored cats, and even considered them royalty. In fact, one of the country’s most famous museums, The Hermitage, is home to more than 70 cats.

And finally, Canada celebrates International Cat Day on August 8th. The initiative was started by the International Foundation for Animal Welfare (IFAW), as a way to promote animal welfare and protection.

Beloved online, but abused in the streets: feral cats

Cats are loved and admired all over the world, generating interest both in real life and on social media. Millions of people spend hours glued to their computers every day, watching video after video of cats getting up to all kinds of mischief.

Despite all this, mankind’s relationship with cats has a darker side. Feral cats are often abused and mistreated. These animals live out their entire lives on the streets, and have little to no contact with humans.

In large cities, feral cats tend to form colonies. Abandoned pet cats don’t usually last long on the streets, as they simply don’t know how to survive, and find it difficult to integrate into established groups.

In some countries, feral cats have been systematically tracked down, captured and euthanized in shelters, often after brutal mistreatment. Unfortunately many feral cats are unable to adapt to life in captivity, and keeping them in cages would also go against animal welfare standards.

However, many places are starting to implement the T.N.R method (Trap-Neuter-Return). This involves capturing feral cats, sterilizing them, and returning them to their territory. An animal welfare officer will also check on feral cat colonies regularly. This helps to promote well-being among feral cat populations, and means they can report anyone who abandons their pets in the area. At the same time, they can also take steps to:

The reality is that cats are incredible hunters, and pose a serious problem for both urban wildlife and natural ecosystems. However, the blame lies with the owners that abandoned them in the streets, rather than with the cats themselves.

Whenever you celebrate it, International Cat Day is a good time to reflect on this sad situation, as well as the importance of caring for our pet cats, and ways we can improve animal welfare in the future.

10 Celebrations for Pets from Around the World
Throughout the year, people enjoy many different celebrations, in which they give gifts, party, etc. Now there are celebrations for pets, too! Read more »
Link copied!
Interesting Articles
Cats
The 5 Most Majestic Cat Breeds