The Most Famous Cat on the Internet

Today, we're going to introduce you to the most famous cat on the internet. Meet Maru! 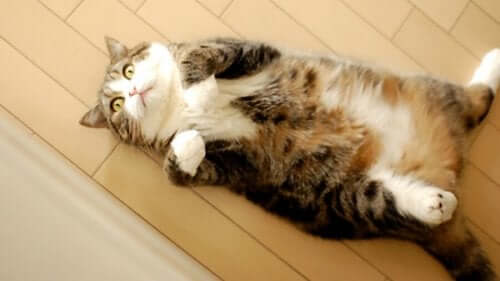 There are lots of cute, gorgeous, or just plain tiny animals on the internet that leave you in awe of nature. But there are some that manage to stand out and become famous on the internet. That’s the case with Maru, who some people argue is the most famous cat on the Internet, with a Guinness World Record to his name.

Would you like to meet him and learn more about why he’s famous? Well then, keep on reading!

Maru: the most famous cat on the internet

Maru is a Scottish Fold cat with over half a million subscribers to his YouTube channel. Isn’t that absolutely insane? The secret to his success is all the funny pranks and ideas that pop into his head every day. We get to see those, thanks to his owner who uploads the videos.

It’s true, Maru is a record-breaker. He’s got the record for the most YouTube views of any cat ever. Part of that success is thanks to his owner’s creativity, and one of the funniest things he does is get into boxes and do all kinds of crazy poses. It’s impossible not to laugh and smile when you see him.

But his owner also knows that you have to innovate and be creative to stay on top in this world, and that’s what he did. How? He started to decorate the boxes Maru hides in with wigs.

That’s right, there’s always a wig hanging over the hole Maru pokes his head out of, and it makes him even more hilarious than he already is. One day he’ll be blond, another day brown-haired, and some days he’s a ginger!

It all started in 2008 when his owner decided to upload videos of all the crazy things he did when he was hiding in boxes. Not only is he still popular on the internet today, but now, 9 years later, he’s still number 1! Quite a star!

He got off to a great start with the first video ever, where he got stuck in a box because of his naivety and curiosity. Want to see a video summing up his career, including that first video? Watch the link below!

We’re sure you find it just as hilarious as we do. Part of what makes him so cute and funny is that arrogant look on his face. Go back and watch it again and you’ll see what we mean!

Other famous animals on the internet

Maru is number 1, but there are lots of other animals that are cracking people up with their antics. Here are a few of them.

Meet Luhu, the Sad-Faced Cat on Social Media
There are many, rather peculiar animals all over social media. Today's story is a sad one, it's about Luhu, the sad-faced cat. Read more »
Link copied!
Interesting Articles
Cats
The Donskoy Cat: Bald, Affectionate, and Intelligent