The 10 Most Famous Animals on Social Networks

Get to know the 10 most famous animals on social networks below! Some animals are funny, others are grumpy, and some even help to raise funds for abandoned animals. 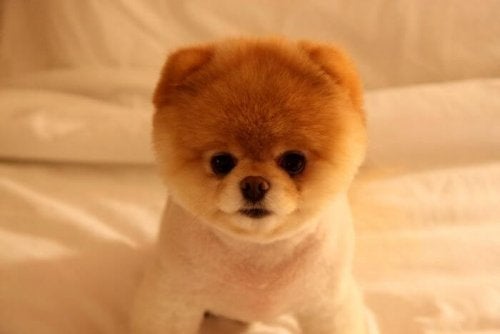 What are the most famous animals on social networks?

Let’s start our list with the animal in 10th place, and go through to first place. You’ll be able to get to know the animals that everyone on social networks is talking about.

Maru, the cat with a box fetish

This cat has become famous thanks to his love of cardboard boxes. He loves to stick his head into any box he sees, and even his whole body. He’s made people laugh all around the world, so much so that the most popular video on his very own YouTube channel has over 23 million views. Incredible!

Sockington and his big change later in life

This cat was found as a stray in Boson and was rescued by Jason, an American millionaire that was ready to share his riches with a cat.

Did you see the first photo in this article? That’s Boo. He’s a small Pomeranian that seems like he never really grew. He really looks more like a fluffy toy shop teddy bear than a dog. His tiny size makes him irresistible. We suppose that’s why he gets so many likes each time he posts a photo. Most likes: 1,350,000!

Animals on social networks: Cassy and Sassy, the fighters

Both cats live in the same house, but it seems that each cat’s character is quite different from the other. Since they can’t talk and can’t reason or bargain either, they hash it out in a fight that’s attracted over 34 million visitors to their Facebook channel.

This poor dog sleeps but doesn’t rest. She seems to have a kind of nightmare that makes her run in her sleep and even hit herself against the wall in some cases. It’s sad to see how 33,000,000 people enjoy watching this animal suffer.

Her name doesn’t have anything to do with her appearance. She is really nothing like a beast. She’s an adorable Belgian shepherd that seems to be taken straight from a fluffy toy shop. Enchanting and adorable!

His Facebook page has over 80,000 likes thanks to a camera that he carries hanging around his neck, and that allows him to take photos wherever he likes. It’s not just the peculiarity of the photos that’s interesting, but also their originality and quality.

His wide range of knowledge in many fields has made this cat famous with almost 100,000 likes on his Facebook page. He’s also become known as the “professor” and captures the attention of many on Facebook.

This cat has a history of pain and suffering. He’s even got a missing ear. But now he spends his time raising funds to help abandoned animals. He’s got almost 13,000 followers on Twitter.

Although he looks quite disreputable, that hasn’t stopped him from becoming one of the most famous animals on social networks.

Toby the Cat, apart from his peculiar name (usually a dog’s name) has become famous on Twitter and other social networks. He’s reached a whopping 60,000 followers on his Instagram account, which is mainly of places he’s been to, funny positions he finds himself in, and even photos of his friends.

Well, these are the most famous animals on social networks according to the stats. But, of course, there are many more animals that also have thousands of followers. You’ve probably seen some!

You might envy those animals that have become famous on social networks and that even earn money from them. But while you’re waiting for your big day (if it comes), you can at least enjoy these animals’ photos, adventures, and mischievous antics.

Famous Historical Figures and Their Pets
We know about the lives of various historical figures. But some famous historical figures call our attention not for their talent but their peculiar pets. Read more »
Link copied!
Interesting Articles
Sports and Exercise
How to Teach Your Dog To Dive

Some dogs are made for water. Not only are they good swimmers, but they also like to play or just rest near the ocean or in a pool. If your…