Home » Breeds » Cats » The Most Sociable Cat Breeds to Choose From

The Most Sociable Cat Breeds to Choose From

A lot of people adopt cats because they're highly independent but there are others who would like to have one of the most sociable cats to hang out with them all the time. 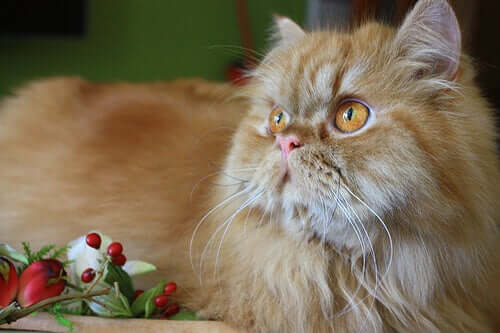 Some say felines are independent, standoffish, and that they don’t like to interact with people like dogs. However, it all depends on several factors ranging from the age of the animal to its individual personality. Still, it may also have to do with their breed. We’re about to tell you which are the most sociable cat breeds.

What are the most sociable cat breeds?

The following breeds are highly affectionate, eager to play with their owners and always ready to give you a loving purr. These are the inherent characteristics of the most sociable cat breeds.

In case you haven’t noticed, every cat is different and their socializing characteristics depend on their personality and how they were raised. In any case, some felines are more given to interact than others.

This breed is known as the “sofa tiger” because they love to sleep and look very comfortable doing so. They’re as lazy as they’re affectionate and friendly. You won’t have to worry about the problems that arise from living with another animal when you have a Persian cat.

In addition, they get along great with other pets and they’re very laid back. If you like a cat who naps along with you, then this is the one. They like affection and pampering. Don’t worry if you forget to give them their dose of TLC, they’ll remind you of it.

2. Siamese are one of the most sociable cat breeds

This is another of the most sociable cat breeds out there. They’re highly affectionate with children and have endless patience. One of the things that makes Siamese cats special is how they usually wait for their owners by the door, kind of like dogs do.

Though members of this breed are lively and have a curious temperament, they also know how to express their feelings and affection. In addition, they’re quite intelligent and know how to communicate with you rather effectively.

If you’re looking for a good friend and partner in crime, then this breed is ideal for you. These kinds of animals are more than sociable and affectionate so you’ll truly enjoy their company.

In some cases, the Ragdoll gets a bit annoyed when you pick them up because they prefer to be on solid ground. You’ll see how your kitty will wait for you to arrive just to rub themselves against your legs and give you purrs of happiness.

This kind of cat is one of the most sociable and prettiest cat breeds in the world. Note that they don’t like being alone, and will always seek the company of their owners. They’re very unlikely to reject an afternoon of games and pampering.

Angoras also love to run, jump and have a good time. In addition, they’re curious and will have no problem approaching anyone who visits.

This breed is one of the most popular in the US and is also one of the most affectionate groups of cats that walk on the face of the earth. They get along great with children, are always sociable and have no trouble revealing their feelings to their owners.

This is a large animal and, unlike other cats, a Maine Coon will love to bathe and play in the water. Out of all members of their family, they’ll pick a favorite who will be the recipient of their utmost affection and loyalty. This breed gets along very well with other pets.

6. Burmese cats are among the most sociable breeds

This type of cat is also known as the “Sacred Burmese” in some places. They’re elegant, large cats and, at times, they seem a bit “conceited.” Don’t be fooled as they’re, in fact, one of the most sociable breeds out there. One of these specimens will love to spend time with their owners and they’re affectionate, gentle and laid-back.

Burmese cats do best in quiet homes where there are no small children.

This isn’t a well-known breed although it’s through no fault of their own as they’re quite sociable. It’s a serene cat who seldom meows or emits any loud or harsh sounds. If you are looking for true love then the Bombay cat is an excellent choice for you.

This cat is so sociable and affectionate that he can’t stand being alone. In fact they could get seriously ill if left alone too long. You’ll always find one next to a family member, and they love gatherings around the table or in the living room.

They get along well with other pets. However, they’d rather be on your lap than anywhere else in the world.