The Fédération Cynologique Internationale is the World Canine Organisation. It includes 99 members and contract partners (one member per country) that each issue their own pedigrees and train their own judges. 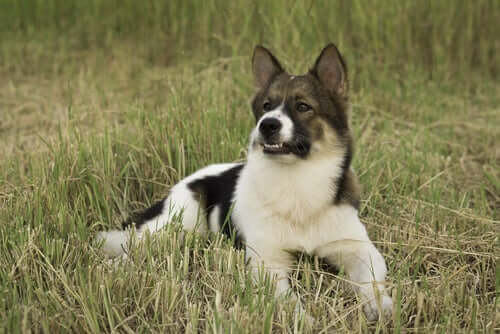 The FCI (Federation Cynologique Internationale) or the World Canine Organization, sets the standards for the existing dog breeds that are recognized worldwide. However, the FCI has provisionally recognized some breeds that haven’t yet been accepted definitively by their experts. As a result, this means that they can’t yet participate in contests organized by the institution (at least for the moment). Find out more up next!

Dog breeds recognized by the Federation

There are 8 dog breeds recognized provisionally by the FCI in total. Subsequently, each one of them will be part of a different group and section taking into account their physical characteristics. Some of these are:

This dog, originally from Thailand (more precisely in the Bang Rakam District, at the center of the country) would be part of group 5 and is of medium size. Their fur is short with a double layer and thicker around the neck. The most common fur colors found in them are white, black, gray, red, and brown.

In addition, it’s an intelligent, strong, athletic and agile breed. As a result, the Thai Bangkaew is a perfect companion: loyal to their family group, loving, alert, and gets along well with children, for instance.

This is another dog breed that the FCI has provisionally recognized. It could become part of group 2 and is very popular throughout Scandinavia. This ancient dog is great for farm work, for hunting, and as a guardian. Moreover, they have a gentle demeanor and protect their families at all times. Thus, it’s an ideal breed for farmers.

They have a medium size, a small head, rough and short white fur, with different colored spots and a long tail.

This breed’s original name is the “Bucovina Shepherd” and would belong to group number 2. It’s a rustic animal, a good watchdog, and with excellent livestock skills. However, this breed was created centuries ago in the Carpathians (Romania and Serbia). They like patroling at night and need plenty of space to run. In addition, they’re quiet, devout, balanced, love children, and can be distrustful of strangers.

They can weigh up to 130 pounds and measure 26–30 inches at the withers. The common colors of this dog’s coat include sable gray, sable red and an addled color that gives an almost black-and-tan or black-and-red appearance. In addition, they usually have a black face. They also have a large head, a wide black nose, thick lips, small eyes, and a thick tail.

Of Polish origin, this dog breed would potentially join group 6 along with other hunting dogs. With their strong and compact bodies, they’re very resistant to work even in mountainous regions. As a result, they’re a medium-sized breed that has a stable and soft temper.

In addition, they’re intelligent, easy to train, careful with strangers and quite healthy (they can live up to approximately 13 years of age). They’re almost completely black, except for some brown spots on the muzzle area and the legs.

This is a molosser type dog originating in Uruguay which would become part of group 2 section 1 (mastiffs). It’s large and has a compact and muscular body, and a short coat. Usual coat colors are dark brown or brindle with a black face.

Moreover, it’s a breed of great value that owners can use for guarding, hunting, and sports. Owners usually cut their ears when they’re born. In addition, they can suffer hip and dysplasia and should be tested before breeding. They do better in large areas, especially with mountains or hills.

This breed could be added to group 1 and was created to lead herds and cattle. It descends from several European breeds and also from the Australian Dingo. The coat color is a speckled red or speckled blue. They have a short tail, pointed ears, muscular body and medium size (up to 20 inches at the withers).

As for their temper, we can point out that they’re always vigilant and alert, are sensitive towards their owner and reserved with strangers. However, they need lots of exercise and to be well socialized from childhood.

Small in size and related to the Terriers, the Russian Toy would be part of group 9 and is similar to the Chihuahua. They can have long or short hair and were almost extinct on two occasions (1920 and 1990). They measure a maximum of 11 inches and weigh around 7 pounds.

Their heads are small but they have large eyes and triangular ears. In addition, the color of their coat can be black, brown, reddish and blue. Moreover, they’re active, cheerful, vigilant and can be very attached to their families.

What do you think of these provisionally recognized breeds? We hope you enjoyed learning about them! 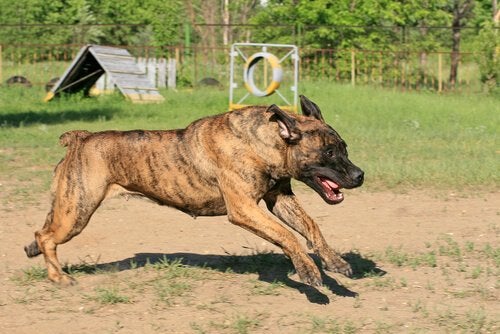 Non-Recognized Dog Breeds According to the FCI
The FCI is responsible for setting the standards for each dog breed and classifying them. There are 9 non-recognized dog breeds. Read more »
Interesting Articles