Bohemian Wirehaired Pointing Griffons are originally from the Czech Republic. Keep reading to learn more about this breed. 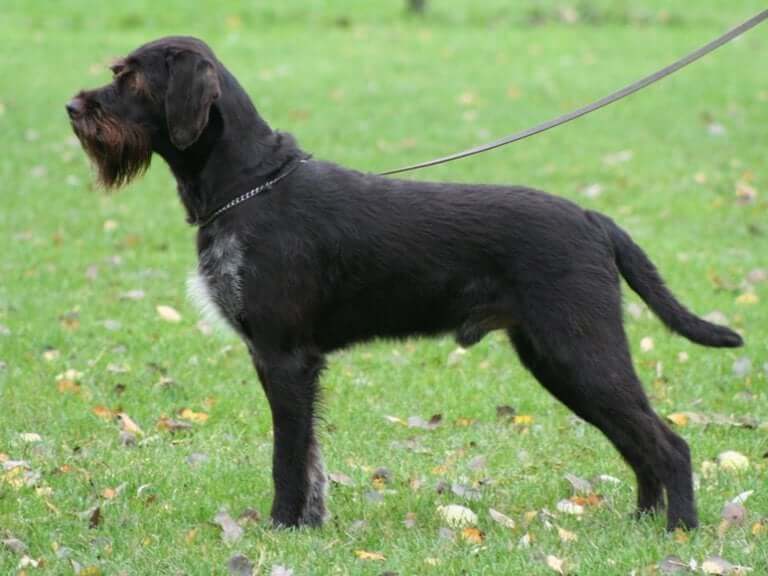 Bohemian Wirehaired Pointing Griffons, also known as Cesky Fousek, is a dog from the Czech Republic. Just like pointers, wirehairs or setters, these are common hunting dogs. However, they have so much more to offer.

Until 1914, Bohemian Wirehaired Pointing Griffons were the most important coarse-haired show dogs in the Czechoslovak region. However, after World War I, they almost disappeared.

Since they were endangered, specialists tried to restore this breed. Therefore, they created the modern Bohemian Wirehaired Pointing Griffons. The World Canine Organization then defined the breed in 1963.

Even though they were originally hunting dogs, the Bohemian Wirehaired Pointing Griffons love people, especially their owners. In addition to being smart, they’re also very obedient and loyal.

Experts agree that this breed is brave if there’s a threat. However, they’re definitely not aggressive or angry dogs. In fact, they’re patient with kids and adapt well to family life. Also, since they’re intelligent and obedient, they’re easy to train.

Bohemian Wirehaired Pointing Griffons are medium-large coarse-haired show dogs. They have innate qualities make them great working in the fields, in the water and in the woods.

Its head is thin and elongated, topped with a snout longer than the rest of the skull. Sometimes, it gives off the wrong impression because of its square face and prominent features. Unlike other griffons, its occipital protuberance isn’t very noticeable.

As for their fur, the coat is made up of three different types of hair, which makes it incredibly resistant to low temperatures. It turns out that the first layer is a soft and dense inner fleece that prevents water from getting to the skin. In the summer, it’s almost totally gone.

The second layer is an outer layer about an inch long. It’s hard, rough, and well attached to the skin. Finally, there’s a third layer that’s very hard and straight, and is about 2 inches long. It covers their forehead, back, inguinal region and shoulders.

These dogs are very resistant, and they don’t have common diseases. However, they need certain care and precautions. For example, they need to go to the vet regularly. That way, you can prevent problems that are common in medium-large dogs, like hip dysplasia.

Also, they need lots of physical activity and walks. Generally, they don’t do well in small apartments. However, if you take them on lots of walks, they’ll adapt just fine.

As for their fur, they have a triple layer of robust hair that doesn’t need lots of time or money. Brushing it weekly is enough, or twice if it’s shedding season.